Stephen Devassy (born 23 February 1981) is an Indian musician hailing from Palakkad, Kerala. He started his career at a very early age, and has performed on stage around the world. Stephen is the founder of Musik Lounge, an audio technology school and studio in Chennai.

Stephen did his schooling at Seventh Day Adventist school, Ottapalam. He went on to NSS College, Ottapalam for pursuing his Pre-Degree. And Stephen married Jesna Joy on 16 November 2010.They have a son Shawn born in 2015.

Devassy's first major break came when he was aged 18, through Johny Sagarika, for whom he did the music orchestration of six songs on the album Ishtamannu. He then went as an accompanying artist to play the keyboard for Hariharan on his European tour. He has also accompanied the violin maestro L. Subramanian at the Lakshminarayana Global Music Festival.

Stephen, who started performing at a young age, has done the music arrangement for many films. Some of the films he scored were Majaa, Thambi, Nammal, Azhagiya Thamizh Magan and Hariharan's album, Waqt Par Bolna.

He is one of the regular band members in Rexband, a Christian contemporary band singing gospel fusion, a musical outreach of the Jesus Youth Movement. He performed with the band before Pope John Paul II during World Youth Day performance in 2002 at Canada. At the time, it was the only catholic band invited from India. Stephen has orchestrated an instrumental version of the popular Rex Band melodies called Different Vibes.

In association with Kosmic Music, Stephen has also set to tune to a background of Western music, Sanskrit slokas, mantras and verses from the Upanishads, called Sacred Chants of Kosmic Music, and albums of holy chants on Ganesha, Shiva and Vishnu.

He has released his album Romanza, which was a mix of world music sprinkled with the flavor of piano. Indian ragas have been treated with the rich use of contemporary piano. Hariharan, Ouseppachan and a Russian vocalist appeared as guest artists on the album.

Stephen’s solo stage shows have propelled him to the top league of onstage performers. Stephen Devassy made appearances in Vijay TV's music reality shows, such as season 2 and season 3 of Airtel Super Singer in Amrita TV (Malayalam), and also Josco Indian Voice in Mazhavil Manorama (Malayalam), accompanying then-contestants of the show, such as Saisharan and Alka Ajith.

Featured on 5Talents Magazine Cover Page With His Life Story - 2013 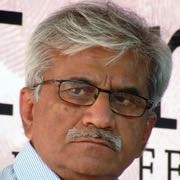 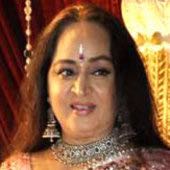