Stephen Comey (born in London, England in 1963) is an English Australian actor. He is the son of Irishman Albert Comey and his Australian wife Denise Lee. The Comey's moved to Australia in 1969.

Comey appeared in the Crawford Productions drama Cop Shop (1982), and ABC's Come Midnight Monday (1982) but is best known for his role as Kevin Palmer in the television soap opera Sons and Daughters. Steve appeared in the series from its debut in 1981 until 1984 for which he won the 1982 Logie Award for "Most Popular New Talent".

Other television productions that Comey has appeared in include Kennedy Miller's "Vietnam", Seven's "Hey Dad", Seven's "Home and Away" and Nine's "The Flying Doctors".

Stage credits include the Sydney Theatre Company's "Six Characters in Search of an Author" and the Pavilion Theatre's "The Lion in Winter".

From 2010 until 2013 Comey was the Exhibitions Operations Executive for the Sydney Royal Easter Show, managing the Commercial side of the Show.

After a year as the Venue Coordinator and then Acting Event Manager of the Sydney Royal Botanic Gardens and Domain Trust, Comey now works as the Senior Exhibition Manager for the "Australian Water Association". 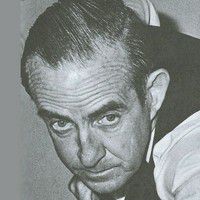