Stephen Codman (c. 1796 – 6 October 1852) was a Canadian composer of English descent. His known compositions all date from before 1835 and his output mainly consists of works for solo voice or vocal ensembles. Two of his songs, The Fairy Song and They Are Not All Sweet Nightingales, were published by Goulding, D'Almaine, and Co in 1827, placing them among the oldest published Canadian compositions in history.

Born in Norwich, Codman was a pupil of John Christmas Beckwith and William Crotch. In 1816 he came to Canada to assume the post of organist at Holy Trinity Anglican Cathedral in Quebec City, most likely succeeding John Bentley. He remained in that post up until his death in Quebec City 36 years later. 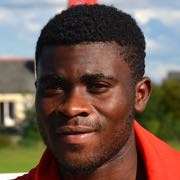