Stephen A. Schwarzman
The basics

Stephen Allen Schwarzman (born February 14, 1947) is an American businessman, investor, and philanthropist. He is the chairman and CEO of The Blackstone Group, a global private equity firm he established in 1985 with former chairman and CEO of Lehman Brothers and US Secretary of Commerce Pete Peterson. His personal fortune is estimated at $17.2 billion as of October 2019. As of 2019, Forbes ranked Schwarzman at 100th on its World's Billionaires List. Schwarzman briefly served as Chairman of President Donald Trump's Strategic and Policy Forum.

Schwarzman was raised in a Jewish family in Huntingdon Valley, Pennsylvania, the son of Arline and Joseph Schwarzman. His father owned Schwarzman's, a former dry-goods store in Philadelphia, and was a graduate of the Wharton School.

Schwarzman attended the Abington School District in suburban Philadelphia and graduated from Abington Senior High School in 1965. He attended Yale University, where he was part of the Skull and Bones secret society. After graduating in 1969, he briefly served in the U.S. Army Reserve before attending Harvard Business School, where he graduated in 1972.

Schwarzman's first job in financial services was with Donaldson, Lufkin & Jenrette, an investment bank which merged with Credit Suisse in 2000. After business school, Schwarzman worked at the investment bank Lehman Brothers, became a managing director at age 31, and then head of global mergers and acquisitions. In 1985, Schwarzman and his boss, Peter Peterson, started The Blackstone Group, which initially focused on mergers and acquisitions. Blackstone would branch into business acquisition, real estate, direct lending, alternative assets, and now has some $500 billion in assets under management.

When Blackstone went public in June 2007, it revealed in a securities filing that Schwarzman had earned about $398.3 million in fiscal 2006. He ultimately received $684 million for the part of his Blackstone stake he sold in the IPO, keeping a stake then worth $9.1 billion.

In June 2007, Schwarzman described his view on financial markets with the statement: "I want war, not a series of skirmishes... I always think about what will kill off the other bidder."

In September 2011, Schwarzman was listed as a member of the International Advisory Board of the Russian Direct Investment Fund.

Schwarzman is a Republican. He is a long-time friend of President Donald Trump and provides outside counsel, and served as chair of Trump's Strategic and Policy Forum. In response to criticism for his involvement with the Trump administration, Schwarzman penned a letter to current Schwarzman Scholars, arguing that "having influence and providing sound advice is a good thing, even if it attracts criticism or requires some sacrifice."

In August 2010, Schwarzman compared the Obama administration's plan to raise the tax rate on carried interest to a war and Hitler's invasion of Poland in 1939, stating, "It's a war. It's like when Hitler invaded Poland in 1939." Schwarzman later apologized for the analogy. In 2012, Obama called Schwarzman and requested his assistance in brokering a budget agreement with Republicans in congress to avoid a fiscal cliff. Eventually a deal was brokered with Schwarzman's help. The new tax plan added $1 trillion of additional revenue by raising taxes, closing loopholes, and ending deductions. Later Obama drafted a formal message of support for Schwarzman Scholars, an education initiative undertaken by Schwarzman.

In early 2016, he said that in a two-candidate race he would prefer Donald Trump to Ted Cruz, saying that the nation needed a "cohesive, healing presidency, not one that's lurching either to the right or to the left." He had previously made a donation to Marco Rubio in 2014. He also endorsed and fundraised for Mitt Romney in 2012.

In late 2016, Schwarzman "helped put together" a team of corporate executives to advise Trump on jobs and the economy. The group, which includes JPMorgan Chase CEO Jamie Dimon, Walt Disney boss Bob Iger and former General Electric leader Jack Welch, became Trump's Strategic and Policy Forum. In February, Schwarzman was named as chair of the 16-member President's Strategic and Policy Forum, which brings together "CEOs of America's biggest corporations, banks and investment firms" to consult with the President on "how to create jobs and improve growth for the U.S. economy." On August 16, 2017, following five members' resignations, President Trump announced via Twitter he was disbanding the forum.

In early 2008, Schwarzman announced that he contributed $100 million toward the expansion of the New York Public Library, for which he serves as a trustee. The central reference building on 42nd Street and Fifth Avenue was renamed The Stephen A. Schwarzman Building. In 2018, Schwarzman donated 10 million to another library, the Israeli National Library.

On April 21, 2013, Schwarzman announced a $100 million personal gift to establish and endow a scholarship program in China, Schwarzman Scholars, modeled after the Rhodes Scholarship program. Schwarzman simultaneously announced a fundraising campaign with a goal of $200 million. The Schwarzman Scholars program is housed at Tsinghua University, one of China's most prestigious universities. The first class of 100 students graduated in 2017, upon completion of Schwarzman College, designed by Robert A. M. Stern, Dean of the Yale School of Architecture.

In spring 2015, Peter Salovey, the President of Yale University, announced that Schwarzman contributed $150 million to fund a campus center in the university's historic "Commons" dining facility. Additionally, Schwarzman is also a member of the Berggruen Institute's 21st Century Council.

He has sat on the Board of Trustees of New York-Presbyterian Hospital since 2016.

In early 2018, it was announced that Schwarzman gave $25 million to Abington High School, his alma mater. However, this donation was contingent on several conditions, including naming rights to the school. After the public learned about the deal, a new agreement was made and Schwarzman removed several of the conditions for his donation, including renaming the school.

In October 2018, Schwarzman donated $350 million to the Massachusetts Institute of Technology.

In June 2019, the University of Oxford announced that Schwarzman had donated £150 million to establish the Schwarzman Centre for the Humanities.

Schwarzman married his first wife Ellen Philips in 1971, a trustee of Northwestern University and the Mount Sinai Medical Center, and they divorced in 1990. They have three children together, one of whom is film producer Teddy Schwarzman.

Schwarzman married his second wife Christine Hearst in 1995, an intellectual-property lawyer who grew up on Long Island, New York. She has one child from a previous marriage.

He lives in a duplex apartment at 740 Park Avenue previously owned by John D. Rockefeller Jr. Schwarzman purchased the apartment from Saul Steinberg. He spent $20 million on his seventieth birthday party.

Schwarzman has been an adjunct professor at the Yale School of Management and was chairman of the board of trustees of the John F. Kennedy Center for the Performing Arts from 2004 to 2010.

In December 2018, Schwarzman was awarded the Order of the Aztec Eagle, Mexico's highest honor for foreigners, by President Enrique Peña Nieto in recognition of Schwarzman's work on behalf of the U.S. in support of the U.S.-Mexico-Canada Agreement.

The contents of this page are sourced from Wikipedia article on 07 Feb 2020. The contents are available under the CC BY-SA 4.0 license.
View Stephen A. Schwarzman 's image gallery
Image Gallery 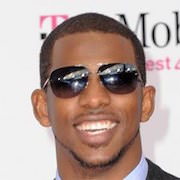 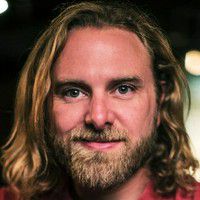 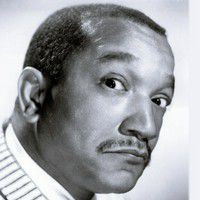