In 2014 Frappart became the first woman to referee in Ligue 2, the second tier of professional men's football in France. She served as a referee at the 2015 FIFA Women's World Cup in Canada. 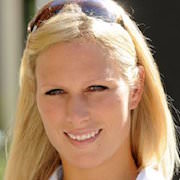