Stephanie Bowers is the Charge d’Affaires at the United States Embassy in The Bahamas as of March 1, 2018. The second female to hold the position in the last ten years, she replaced Lisa A. Johnson.

Before her appointment in the Bahamas, Bowers was Chief of Staff of the Department of State’s Bureau of Western Hemisphere Affairs. Bowers also worked as Deputy Director of the Office of Central American Affairs, Deputy Director of the Office of International Religious Freedom, Senior Watch Officer in the Secretary of State’s Executive Secretariat Operations Center, and as Caribbean Basin Security Initiative Coordinator and South America Team Leader in the Bureau of International Narcotics and Law Enforcement Affairs (INL). Bowers also worked at the White House as Director for Andean Affairs at the National Security Council.

Bowers graduated from The George Washington University with degrees in International Affairs and French Language and Literature and the National War College, where she received an M.S. in National Security Strategy.

On September 2, 2019, Bowers declared the Bahamas a disaster due to Hurricane Dorian, enabling US relief efforts.

The contents of this page are sourced from Wikipedia article on 17 Apr 2020. The contents are available under the CC BY-SA 4.0 license.
View Stephanie Bowers 's image gallery
Image Gallery 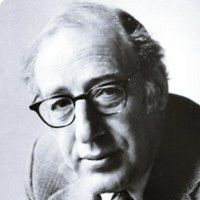