Stelth Ulvang is an American musician, singer-songwriter and multi-instrumentalist, best known as the touring member of the folk rock band The Lumineers. He is also the co-founder of the Front Range-based band The Dovekins.

In February 2015, Ulvang released his debut album And, as Always; the Infinite Cosmos. He eventually released three more albums, one LP and two EPs, in 2018. The live performances feature him accompanied by his collaborator and drummer, Max Barcelow, and the multi-instrumentalist Dorota Szuta.

Ulvang married Dorota Szuta in 2018. They have been traveling, composing music and performing live with each other from a long time. It was while working at a coffee shop on Laurel Street in Fort Collins, that Ulvang developed an interest in music and decided to become a musician. Being an avid traveller, he also used to busk to cover his expenses. Due to his habit of performing barefooted on stage, he has acquired the nickname "Barefoot Wanderer".

Ulvang's major influences include Paul Simon, Fleetwood Mac, Jason Molina, Weezer, Pavement, Leonard Cohen, Joan Baez, Dave Van Ronk, Tom Waits, Jerry Lee Lewis, Neil Young and Bob Dylan. Among genres, he has been specifically influenced by Garage rock. Known for his ability to play a variety of instruments, Ulvang states that he plays more than 18. He mainly plays guitar and piano, and likes the flute and the accordion.

In 2009, While sailing from Hawaii to Seattle with the singer-songwriter Griff Snyder in a boat named "The Dove", Stelth came up with the idea of forming the band The Dovekins. They cemented the band's lineup in Denver which included five members, all rooted in the city's folk punk scene. Dovekins generally played mountain-town folk and indie rock style-music. The group released two studio albums - Assemble the Aviary and (A)live in 2010 and toured regularly before disbanding with a final show in Austin in October 2011. The band reunited on a few occasions since then, including at the 2018 Treefort festival in Boise.

Ulvang came in touch with The Lumineers in 2009, when the latter, seeking for some advice on self-booking Colorado shows, interacted with him through Myspace. As The Lumineers were already in need of a musician, Ulvang joined them officially in 2011 as a touring member. Initially, he was designated to play bass guitar for them, but he later switched to piano. Since then he has assisted in the composition of various The Lumineers songs, Stubborn Love being one of the most prominent of them all. Moreover, he accompanies the group in almost all of their live performances and has also, along with the band, opened for U2. 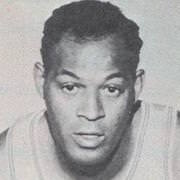 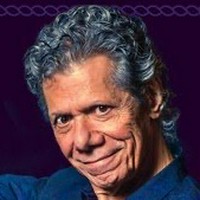