Stella Heiß (born 15 January 1993 in Cologne) is a German curler from Garmisch-Partenkirchen. She played lead for Andrea Schöpp when she represented Germany at the 2010 Winter Olympics in Curling. At seventeen years, she was the youngest curler at the Games.

She is the daughter of former German ice hockey goaltender Josef Heiß.

The contents of this page are sourced from Wikipedia article on 09 Mar 2020. The contents are available under the CC BY-SA 4.0 license.
comments so far.
Comments
Reference sources
References
http://www.vancouver2010.com/olympic-curling/athletes/stella-heiss_ath1013684aP.html
http://results.worldcurling.org/Person/Details/5441
https://www.worldcurl.com/player.php?playerid=20504
https://www.curlingzone.com/player.php?playerid=20504
https://www.sports-reference.com/olympics/athletes/he/stella-heiss-1.html
Trending today in 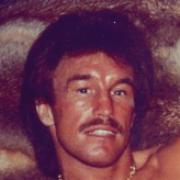