Stella Arach-Amoko is a Ugandan judge, who has served as a Justice of the Supreme Court of Uganda, since 20 June 2013.

Arach-Amoko served in the Uganda Attorney General's chambers from 1979 until 1997, rising from a state attorney to commissioner for civil litigation. In 1997, she was appointed a High Court judge, serving in that capacity until 2010.

Justice Stella Arach-Amoko, served at the East African Court of Justice, from 2006 until 2008, as a judge and from 2008 until 2013, as a "Deputy Principal Judge of the First Instance Division". In 2010, she was one of the candidates considered by the Judicial Services Commission, for appointment as the Chief Justice of Uganda.

As of 15 April 2018, Justice Arach-Amoko serves as the Chairperson of the Management Committee of Uganda's Law Development Centre.

Justice Arach-Amoko is married to Ambassador Idule Amoko who, as of 2017, was serving as the Deputy Head of Mission at the Uganda Embassy in Addis Ababa.

She also has a daughter ,Ivy Amoko, who in 2009 was a Gold Winner for Chess in the Inter-University Games with Makerere . Ivy Amoko is also a chess Woman FIDE Master 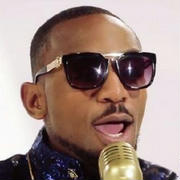