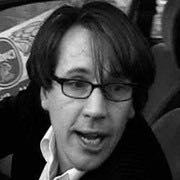 After Jürgens studied at the German art college HBK Braunschweig, he went in 1997 to Ludwigsburg to continue his study at the Film Academy Baden-Wuerttemberg, where he focused on film direction. In 2003, Jürgens finished his study with a diploma. One year later his debut film Der Ärgermacher was released in German cinemas.

Steffen Jürgens also works as independent screenplay author. As an actor, he appeared in a few German TV movies, films and commercials. Furthermore, he took part in of the first German web series for the German Video hosting service watch berlin. The series was called Der Kulturterrorist. Steffen Jürgens played the fictitious character Jochen Antrazith, who confronted the Berlin citizens with cultural and political themes and provocative statements, comparable to figures like Borat or Horst Schlämmer.

In the late 1990s while Jürgens researched for his short feature film Stuhlberg - Der jüngste Manager Europas, he accompanied Lolo Ferrari, billed as "the woman with the largest breasts in the world", during her tour through German TV-talk shows and discos, filmed her and got to know her German manager, Martin Baldauf. Jürgens was fascinated by this charismatic and egocentric person. So, his short film Stuhlberg - Der jüngste Manager Europas was—not as planned—more a film about Martin Baldauf than Lolo Ferrari. In the movie Jürgens plays Martin Baldauf under the name Daniel Luigi Baldauf, which is the main character in the movie. Lolo Ferrari plays an underpart. When Stuhlberg - Der jüngste Manager Europas was finished, Jürgens furthermore takes an interest in Martin Baldauf. After the death of Lolo Ferrari, he, and sometimes the German film producer Rüdiger Heinze, accompanied and filmed Martin Baldauf during his business activities in Germany and the Czech Republic, where he lives and works in the meantime. With the recorded video material, Jürgens created the controversial documentary portrait Der Generalmanager oder How To Sell A Tit Wonder about Martin Baldauf. In 2008 this film was released in German cinemas.

The contents of this page are sourced from Wikipedia article on 11 Mar 2020. The contents are available under the CC BY-SA 4.0 license.
View Steffen Jürgens 's image gallery
Image Gallery