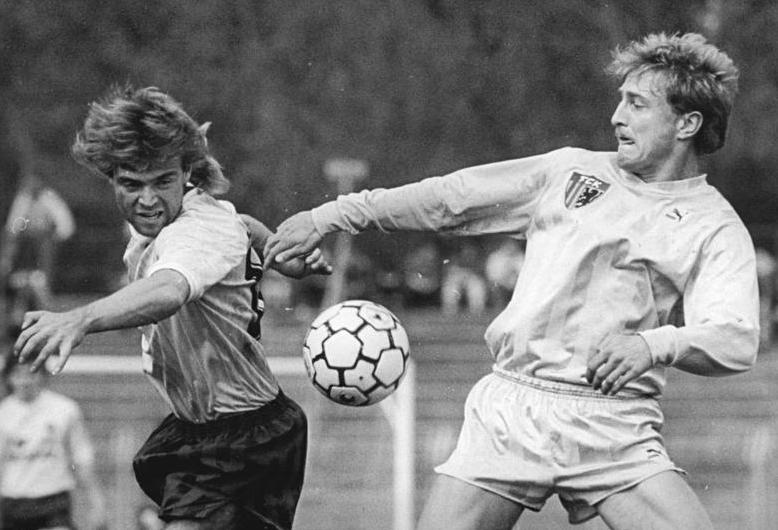 Heidrich, who played as a goalscoring attacking midfielder, began his career with FC Karl-Marx-Stadt, and quickly became an important first-team player, as the club enjoyed relative success in the late 1980s. He earned one cap for East Germany, as a substitute for Rico Steinmann in a match against Egypt shortly before reunification. He stayed at Chemnitzer FC (as the club was now renamed), playing in the 2. Bundesliga until 1993, when he joined VfB Leipzig, just promoted to the Bundesliga. Heidrich played thirty times in the Bundesliga scoring four goals, as VfB were relegated. He remained with the club for four years, where he was a regular first-team player and a consistent goalscorer. However, they suffered a second relegation in 1998, and Heidrich moved on to FC Energie Cottbus, who had been promoted in their place. He captained Energie to their first ever promotion to the Bundesliga in 2000, but only made two appearances in the top flight, and left at the end of the 2000–01 season, joining Dynamo Dresden. He helped Dynamo earn promotion to the 2. Liga in 2004, but injury restricted him to just eight appearances, and he retired in 2005.

Heidrich (right) in 1990, playing for FC Karl-Marx-Stadt against Lokomotive Leipzig.

Heidrich then took up the role of general manager at Dynamo Dresden, and later Energie Cottbus. In 2012, he became sporting director of Erzgebirge Aue. He studied for this role at the Dresden University of Technology.