Stefan Kuntz (born 30 October 1962) is a retired German professional footballer who coaches the German under-21 team.

Kuntz's playing career lasted from 1983 until 1999, Kuntz made 449 appearances and scored 179 goals in the Bundesliga. Kuntz played for VfL Bochum, Bayer 05 Uerdingen, 1. FC Kaiserslautern and Arminia Bielefeld. Kuntz also played in Turkey for Beşiktaş J.K. In 1986 and 1994 Kuntz was the top scorer in the Bundesliga.

Kuntz played for the German national team between 1993 and 1997 and was part of the winning German team of UEFA Euro 1996. Kuntz played a key role in the 1–1 draw with England in the semi-final, scoring the equalizer soon after England took the lead, as well as scoring the fifth penalty in the shootout which took it into sudden death. Kuntz was also part of the German team that participated in the 1994 FIFA World Cup in the US. During his international career, Kuntz obtained 25 caps, scoring six goals. None of these caps ended in a defeat for Germany (20 wins and five draws), which is the German record for most caps without defeat.

Countess of the Schulenburg, Germany 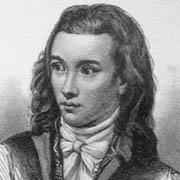 German noblewoman, Lady of Amstelveen and Nieuwer-Amstel in 1411