Stefan Chwin (born 11 April 1949 in Gdańsk) is a Polish novelist, literary critic, and historian of literature whose life and literary work is closely linked to his hometown. He holds a post of Literature Professor at the University of Gdansk, his professional interests are focused on romanticism.
The most well-known novel by Stefan Chwin is entitled Hanemann (1995). It has been translated into German, Swedish, Spanish and English; the plot of the novel is set in Gdańsk in the wake of World War II.
In 1997 he received the "Erich Brost Danzig Award" for his merits on Polish-German reconciliation. 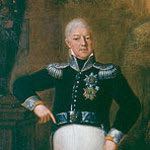