Unwin started his career at the publishing firm of his uncle Thomas Fisher Unwin. In 1914 Stanley Unwin purchased a controlling interest in the firm George Allen and Sons, and established George Allen & Unwin, later to become Allen and Unwin.

In the 1930s he published two bestsellers by Lancelot Hogben: Mathematics for the Million and Science for the Citizen.

In 1936, J. R. R. Tolkien submitted The Hobbit for publication and Unwin paid his ten-year-old son Rayner Unwin a shilling to write a report on the manuscript. Rayner's favourable response prompted Unwin to publish the book. Once the book became a success, Unwin asked Tolkien for a sequel, which eventually became The Lord of the Rings, though Tolkien had wanted to publish The Silmarillion it was turned down for being "too Celtic"; it was finally published posthumously by Allen & Unwin in 1977.

Stanley Unwin was born on 19 December 1884 at 13 Handen Road, Lee, Lewisham, south-east London. He was one of the children of Edward Unwin (1840–1933), a printer who was the one of the sons of Jacob Unwin, the founder of the printing firm Unwin Brothers, and of his wife Elizabeth (née Spicer).

The publisher Thomas Fisher Unwin was his father's youngest stepbrother.

The children's writer Ursula Moray Williams was his niece.

Unwin was a lifelong pacifist, and during the First World War, as a conscientious objector, he joined the Voluntary Aid Detachment (VAD).

Unwin died on 13 October 1968 and was honoured with a Blue Plaque at his birthplace.

The contents of this page are sourced from Wikipedia article. The contents are available under the CC BY-SA 4.0 license.
View Stanley Unwin 's image gallery
Image Gallery 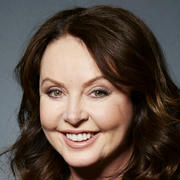