Stanley Girard Schlarman (born July 27, 1933) is an American prelate of the Roman Catholic Church. He served as Bishop of Dodge City from 1983 to 1998.

Stanley Schlarman was born in Belleville, Illinois, to Cletus and Dorothy (née Lindow) Schlarman. His great-uncle, Joseph H. Schlarman, served as Bishop of Peoria from 1930 to 1951. He attended St. Henry Preparatory Seminary before furthering his studies at the Pontifical Gregorian University in Rome.

He was ordained to the priesthood by Archbishop Luigi Traglia on July 13, 1958. Upon his return to the United States, Schlarman served as a teacher, guidance counselor, and principal at Mater Dei High School in Breese. During his tenure at the high school, he was also a part-time associate pastor, director of the Don Bosco Latin School for prospective seminarians, and pastor of a small parish.

Schlarman obtained his Master's degree in Education, with a concentration on counseling and guidance, from St. Louis University. He also attended Southern Illinois University in Edwardsville. After serving as chaplain to a local Catholic hospital, he became a pastor in St. Rose Township and later in Cairo.

While still at Mater Dei, Schlarman did catechetical work and ministered to mentally and physically challenged children at the Murray Center in Centralia. He was the founding director of the Teens Encounter Christ (TEC) program in the Diocese of Belleville, a member of the diocesan mediation board, the Priests Personnel Board, and the Senate of Priests.

On March 13, 1979, Schlarman was appointed Auxiliary Bishop of Belleville and Titular Bishop of Capreae by Pope John Paul II. He received his episcopal consecration on the following May 14 from Bishop William Cosgrove, with Bishops Albert Zuroweste and Philip Murphy serving as co-consecrators, at St. Peter's Cathedral. He selected as his episcopal motto, "Who Is A Rock But Our God" (Psalms 18:31).

Schlarman was later named the fourth Bishop of Dodge City, Kansas, on March 1, 1983. He was formally installed on the following May 4 at the Dodge City Civic Center. During his tenure, he recruited Burmese, Filipino, and Vietnamese priests; established a diocesan Vocations Office, pastoral council, and Office of Aging and Parenting; and promoted the Pastoral Ministry Training Program and Cursillo movement.

After 15 years of service, Schlarman resigned as Bishop on May 12, 1998. He served as Apostolic Administrator of the diocese until the installation of his successor, Ronald M. Gilmore. 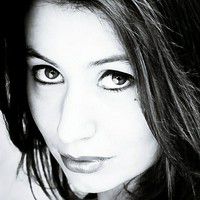 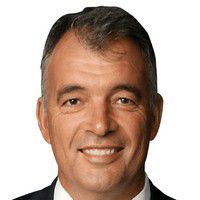