Stanley Fink was born on 15 September 1957 in Crumpsall, Manchester, England. His father ran a grocery store. He was educated at Manchester Grammar School and Trinity Hall, Cambridge.

He started his career at Arthur Andersen, an accountancy firm. He briefly worked for Mars, Incorporated, and later worked at Citibank.

He served as the Chief Executive Officer of the Man Group, a hedge fund, from 2000 to 2007. He has been described as the "godfather" of the UK hedge fund industry and has been credited with building the Man Group up to its current status as a FTSE 100 company and the largest listed hedge fund company in the world.

In September 2008, he came out of retirement to act as the chief executive of International Standard Asset Management (ISAM) in a partnership with Lord Levy. He serves on the Boards of Directors of Beetle Capital Partners, Earth Capital Partners, Gencore Ltd, Global Free Holdings Ltd, and Marex Group. He is also a director of Key-2 Luxury Ltd, an event management company, and is Chairman of Zenith Hygiene Group.

In January 2015 Lord Fink was appointed Chairman of ISAM.

In January 2009 he was appointed co-treasurer of the Conservative Party.

On 18 January 2011, he was made a life peer, taking the title of Baron Fink, of Northwood in the County of Middlesex. Lord and Lady Fink have been guests of David Cameron at Chequers.

In February 2015 Fink was accused by Labour leader Ed Miliband as having undertaken "tax avoidance activities". Fink responded by stating that he had indeed avoided tax but stated "everyone does tax avoidance at some level".

In September 2009 he became chairman of the hedge fund-backed Academy sponsor Absolute Return for Kids.

He is Chair of Governors at Ark Burlington Danes Academy.

He serves on the Board of Trustees of the Oxford Centre for Hebrew and Jewish Studies.

He is the President of Evelina Children's Hospital. In 2010, he attended a fundraiser for Norwood.

He owns property in North London, France and Spain. He is married to Barbara Fink. They have two sons, Jordan and Alexander, and a daughter, Gabriella. 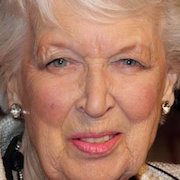