Stanisław Gazda (born 11 May 1938) is a retired Polish cyclist. He competed at the 1960 Summer Olympics in Rome in the road race and finished in sixth place. He was on the podium of the Tour de Pologne in 1958, 1959, 1962, 1963 and 1972 and won the race in 1963. In 1962, he finished third in the Peace Race.
Gazda is a carpenter by profession but later worked as a councilor. He married Lydia, a teacher; they have a daughter Ewa and son Wojciech and live in Pszczyna. Gazda was awarded the Cross of Merit. His brother Kazimierz was also a competitive cyclist. 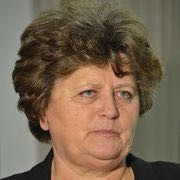