Stan "The Man" Longinidis (born 25 June 1965) is a retired Australian Heavyweight kickboxer and 8 time Kickboxing World Champion. Born in Melbourne Australia of Greek ethnicity, Longinidis is one of the few fighters to have won World titles in three different styles, International Rules Kickboxing, Full Contact and Muay Thai, others being Fred Royers and Ernesto Hoost.

Stan began his career in 1983, winning two amateur titles before challenging for the World Light Heavyweight Title in 1987, a contest ending in a draw. After being approached by the Jet Centre in Van Nuys, California, With a tremendous passion to become Australia's first ever World Champion Stan quit his day job as a Computer Programmer and traveled to live and train in the United States. He racked up 18 straight wins and won the North American and USA Heavyweight Titles as well as the Australian Heavyweight title. In April 1990 he became the first Australian to win a World Kickboxing Title when he took the K.I.C.K Full Contact Super Heavyweight Title and added two WKA World Titles to his resume in 1991, one being a record 15 second knockout of American Melvin Cole in Queensland, Australia. In 1992 he defended his titles against Branko Cikatic and Grant Barker, a top 10 heavyweight at the time.

After wins over Mitch O'Hello and Adam Watt he took on Dennis Alexio in the most eagerly anticipated superfight at the time and a huge media event in Australia. The fight lasted 6 seconds, with Longinidis dealing the famed American only his second loss in over 55 fights with a low kick in the opening seconds that broke Alexio's leg.

Stan continued to fight and defend his titles as well as adding two additional titles in 1993 and 1994. In 1993, Longinidis fought against Masaaki Satake for UKF World Super heavyweight title held by Satake and WKA Kickboxing World Super heavyweight title held by Longinidis on K-1, and Longinidis lost by decision. Although he lost the bout, he didn't lose his WKA title because he asserted that the bout was not under WKA rules after the bout.

He was also the first big name and Marché fighter signed up by the K-1 Corporations competing in early K-1 shows.

In 1996 he became the first westerner to fight for and win a prestigious WMC World Super heavyweight Muay Thai Title in Thailand where he was crowned by the King of Thailand. Stan kept fighting on despite a serious knee injury that threatened to end his career, he had a complete knee reconstruction in 1997.

Longinidis fought on until 2000 where he retired after beating Peter "The Chief" Graham in Melbourne, coming out of retirement for one fight in 2003 before calling it quits with an 88-8-5-65ko's record.

Longinidis was awarded in France at a martial arts expo in 2000, a lifetime achievement award recognizing his major influential impact on the early days of the sport, and his status as one of the most famous names and brands in the history of kickboxing.

On October 10, 2013 Stan 'The Man' Longinidis became the 1st from any Martial Arts Fighting Code to be Inducted in the Australian Sports Hall Of Fame.

Stan also successfully trained his younger brother [George 'The Iron Lion' Longinidis] for a World Title fight which was held on 24 July 2009. He also Managed and introduced to the World his Greek little Dynamo prodigy Mike Zambidis.

It should also be noted that throughout his successful career, Stan's manager and closest friend was Nick Kenos later of Kenman Kandy fame. Nick not only successfully managed and promoted Stan but also gave him sound advice on how to invest his money for his future and how to get into the US movie scene, in the same way as Van Damme and Norris.

However, when they went to the USA to make Stan's first movie, everything changed and Stan's potential acting career was over.Before long his career had also finished as did his friendship with the Kenos family who had regarded him as a second son 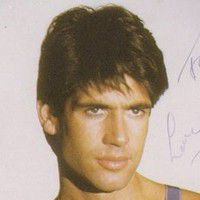 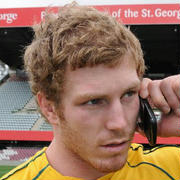