Spencer Gray Dinwiddie (born April 6, 1993) is an American professional basketball player for the Brooklyn Nets of the National Basketball Association (NBA). He played college basketball for the Colorado Buffaloes and earned first-team all-conference honors in the Pac-12 as a sophomore in 2013. He missed most of his junior year after injuring his anterior cruciate ligament (ACL). Dinwiddie recovered and was selected by the Detroit Pistons in the second round of the 2014 NBA draft. After two seasons with the Pistons, he joined the Nets in December 2016. In December 2018 he signed a three-year contract extension with the Nets.

At William Howard Taft High School, Dinwiddie was recognized as one of the greatest standout athletes since Jordan Farmar. He averaged 5.9 points and 4.1 assists as the starting point guard alongside a fellow 2014 draftee in DeAndre Daniels at the conclusion of his junior season. Dinwiddie maximized his game as he began his final year representing the school, averaging 11.2 points and 7.7 assists. He was one of the most skilled passers in school history, and became the John R. Wooden California High School Player of the Year in 2011. However, Long Beach Poly's Ryan Anderson was named California Mr. Basketball. Dinwiddie became just one of seven players that won the prestigious award as a senior. The powerful duo of Daniels and Dinwiddie won the city championship this season as well. This final season at Taft helped Dinwiddie gain the attention of colleges around the country. He chose to attend Colorado rather than Harvard, Oregon, Santa Clara, or UNLV.

Considered a three-star recruit by Rivals.com, Dinwiddie was listed as the No. 25 point guard and the No. 146 player in the nation in 2011.

In the first regular season game for Colorado, Dinwiddie made his collegiate debut in a 32-point victory over Fort Lewis with seven points and seven rebounds. He shot just 2-for-9 from the field. Dinwiddie reached double figures in his sixth appearance, which was against Georgia. This was the first time he had shot over .500 on field goals up till then. The California native led the team to this win and made three key free throws in the final seconds. Dinwiddie teamed with fellow freshman Askia Booker, forming another duo on his new team. They combined for 677 points, making school history by scoring over 250 points each. At the conclusion of the season, they were the only Buffaloes to do so. Dinwiddie became a member of the Pac-12 Conference Tournament Championship Team. He led Colorado in free throw percentage and ranked third among freshmen in that category. By the end of the regular season, Dinwiddie had helped the team earn its first NCAA Men's Basketball Tournament berth since the 2002–03 season. Shooting three-pointers at .438 clip, Dinwiddie was named to the Pac-12 All-Freshman Team with Tony Wroten. He was the only Pac-12 freshman to have a field-goal percentage of over .400 total.

The departures of Carlon Brown and Nate Tomlinson were instrumental in Dinwiddie's breakout sophomore season. Leading the team in assists, they reached the NCAA Men's Basketball Tournament for the second consecutive season, in which they reached the second round. It was the first time the team had reached back-to-back tournaments since the 1963 season. The Buffaloes won the 2012 Charleston Classic, in which Dinwiddie took the role as starting small forward in the final three rounds. He was just one of two players – the other being Askia Booker – to start all 33 games. By the end of the season, Booker and Dinwiddie became the highest sophomore scoring tandem in school history. Dinwiddie led the team in assists 20 times and was the top scorer on 15 different occasions. He recorded 29 points in a home win over Colorado State, which marked his own career-high scoring record. On February 10, 2012, Dinwiddie recorded a perfect game against Oregon State. He shot 6-for-6 from the field, 4-for-4 from beyond the arc, and 8-for-8 on free throws. This set the school record for most points scored without missing a single shot. He made the remark, "I see over people and I shoot over people... for the smaller point guards, they don't really get to contest me." The Taft graduate stood 6 ft 6 in (1.98 m) by the end of the season.

Dinwiddie continued to act as the leader of the Colorado Buffaloes men's basketball team through the beginning of his junior year. He helped the team win 14 of their first 16 regular season games, which made them one of the most successful underdogs in the country, most notably toppling the Kansas Jayhawks due to a game-winner from Askia Booker. Dinwiddie was considered the catalyst for the unanticipated run from his team, however. On November 21, 2012, he shot a career-best 14-for-15 from the free throw line against Santa Barbara. Colorado won each game in which their top scorer scored 20 or more points total.

On January 12, 2014, Dinwiddie suffered a career-threatening ACL injury against Washington, forcing him to sit out for the remainder of the season. As his junior season was cut short, the team finished the year just 23–12; their record was 14–2 while Dinwiddie was healthy. Dinwiddie reportedly made contact with Russ Paine, who helped Adrian Peterson recover from his ACL injury and become the 2012 NFL MVP.

On April 24, 2014, Dinwiddie declared for the NBA draft, foregoing his final year of college eligibility.

Dinwiddie was selected with the 38th overall pick by the Detroit Pistons in the 2014 NBA draft. He appeared in 34 games for the Pistons as a rookie, making one start and receiving two assignments to the Grand Rapids Drive, the Pistons' D-League affiliate. His lone start came on February 20, 2015, after a pair of trades left the Pistons short-handed. He had career highs of 12 points and nine assists in a 100–91 win over the Chicago Bulls. Eight days later, he scored a season-best 20 points to go with eight assists in 25 minutes off the bench in a 99–95 loss to the Washington Wizards.

The 2015–16 season saw Dinwiddie appear in just 12 regular-season games for the Pistons, after spending the majority of the season in the D-League with the Grand Rapids Drive. After back-up Steve Blake opened the season in a miserable shooting slump, Dinwiddie received his first opportunity of the season in the tenth game, scoring 17 points on November 15 in a 97–85 loss to the Los Angeles Lakers. However, after struggling in the next four games, he fell out of the rotation, compounded by Blake's form improvement and Brandon Jennings returning from injury. Dinwiddie played a season-high 29 minutes in the Pistons' regular-season finale on April 13, scoring 12 points in a 112–110 overtime win over the Cleveland Cavaliers. He then appeared in game two of the Pistons' 4–0 first-round playoff series loss to the Cavaliers.

On June 17, 2016, Dinwiddie was traded to the Chicago Bulls in exchange for Cameron Bairstow. He was waived by the Bulls on July 7, re-signed on July 28, and waived again on October 21 after appearing in five preseason games. He then spent the start of the 2016–17 season with Chicago's D-League affiliate team, the Windy City Bulls, averaging 19.4 points, 8.1 assists and 3.7 rebounds over 37.4 minutes in nine games.

On November 25, 2018, Dinwiddie scored 31 points in a 127–125 loss to the Philadelphia 76ers. On December 12, he scored a career-high 39 points in a 127–124 win over the 76ers. The following day, he signed a reported three-year, $34 million contract extension with the Nets. On December 26, he had 37 points and 11 assists off the bench in a 134–132 double-overtime win over the Charlotte Hornets. It was his third 30-point game off the bench, matching the franchise record set by Clifford T. Robinson in 1980–81. On January 16, 2019, he scored 25 of his 33 points in the fourth quarter and overtime of the Nets' 145–142 win over the Houston Rockets. On January 23, he scored a game-high 29 points in a 114–110 win over the Orlando Magic, thus scoring at least 25 points off the bench in 10 games, matching a franchise single-season record—Bubbles Hawkins set the mark during the Nets' inaugural NBA season in 1976–77. Two days later, it was revealed that a right thumb injury that he had originally hurt roughly two months earlier and had gotten progressively worse would require surgery, having suffered torn ligaments. He underwent surgery on January 28. He returned to action on March 1 after missing 14 games, scoring 15 points off the bench in a 123–112 loss to the Hornets. With 28 points against the Cavaliers on March 6, Dinwiddie had his 14th 20-point game off the bench to set a Nets single-season record—Darryl Dawkins, Purvis Short and Orlando Woolridge all had 13. With 23 points against the Hawks on March 9, Dinwiddie surpassed Armen Gilliam in 1993–94 with the most single-season points in a reserve role.

During the 2019–20 NBA season, Dinwiddie began the season as a reserve until Kyrie Irving injured his shoulder. On January 28, 2020, Dinwiddie switched his jersey number from 8 to 26 after the approval of the NBA, in honor of the late Kobe Bryant. On June 29, 2020, Dinwiddie announced that he had tested positive for COVID-19.

On December 27, 2020, Dinwiddie left the game between the Nets and the Charlotte Hornets with a suspected right knee strain, which was later revealed to be the season-ending partial ACL tear.

In 2013, Dinwiddie was named to the USA Basketball Men's World University Games Team for the 2013 Summer Universiade in Kazan, Russia. He was one of three players on Team USA to start all eight games. He averaged 7.9 points and 2.6 rebounds per game and led Team USA with 44 assists (5.5 apg) and with 12 steals (1.5 spg).

On April 19, 2020, he confirmed reports that he wanted to represent the Nigerian national basketball team.

Dinwiddie is the son of Malcolm and Stephanie Dinwiddie, and he has a younger brother, Taylor. Dinwiddie has a son with girlfriend Arielle Roberson, the sister of fellow NBA player André Roberson. 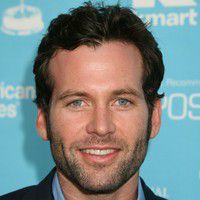