Souilem Gnaoui (born in January 13, 1914 in Oran, Algeria - died November 5, 2008 in Oran, Algeria) nicknamed La Perle Noire (The black Pearl) was an Algerian association football player who spent most of his career with USM Oran and also the in Frensh championship. 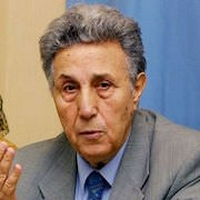