Sophie Diana Schmidt (born 28 June 1988) is a Canadian professional soccer player who plays as a midfielder for National Women's Soccer League club Houston Dash and the Canadian national team, with whom she won a bronze medal at the London 2012 Olympics and the Rio 2016 Olympics. She previously played her club soccer for German club FFC Frankfurt and Sky Blue FC in the NWSL.

Schmidt was born in Winnipeg, Manitoba, to Elmer and Cornelia Schmidt. Her parents immigrated to Canada from Paraguay before she was born, while her grandparents were originally from Germany. She speaks German fluently and studied German in Portland. She attended W. J. Mouat Secondary School in Abbotsford, British Columbia and played for the Abbotsford Rush club team in 2004. She grew up in a Mennonite community and has described her faith as the most important thing to her.

Schmidt attended the University of Portland and played for the Portland Pilots from 2007 to 2009. She did not play during the 2006 season due to her Canadian national team commitments.

As a second-year student, Schmidt played forward for the Pilots despite having never played the position at a competitive level. She finished the season with seven goals and seven assists in 14 games. Schmidt was fourth in the West Coast Conference in total points (21), sixth in goals and third in assists. She scored the lone goal in a 1–0 NCAA second round win at Colorado. In 2009, Schmidt finished the season tied for first on the team with 12 assists and third on the team with 12 goals. She was named to the Soccer America MVP Team (All-America) First Team, NSCAA First Team All-American, NSCAA All-West Region First Team, and ll-WCC First Team. She ranked ninth in school history for career points per game (1.60) and assists per game (0.46) and tenth in Pilots' history in goals (33) and goals per game (0.58) in 57 matches.

Schmidt played for the Vancouver Whitecaps from 2005 to 2006, alongside former Pilots Christine Sinclair and Tiffeny Milbrett. She appeared and started in eight games for the Whitecaps, recording three assists. In 2011, she played for magicJack in the WPS, followed by a short-term contract with Kristianstads DFF in 2012.

Schmidt has represented Canada at both the U-17 and U-20 level, and captained Canada at the 2006 FIFA U-20 Women's World Championship in Russia. She made her senior debut against Netherlands on 19 April 2005.

In her first World Cup she scored against Ghana on 15 September 2007. She subsequently started all four Olympic matches at Beijing 2008, and played at the 2011 FIFA Women's World Cup. Schmidt and her team won a 2011 Pan American Games gold medal.

On 28 February 2012, Schmidt made her 30th consecutive international appearance in a match against Scotland in Cyprus and had her first two-goal game. Schmidt and her teammates won an Olympic bronze medal at London 2012. She scored two goals in a 3–0 win over Finland at the 2014 Cyprus Cup on 5 March 2014.

Schmidt became engaged to Nic Kyle, an actor and singer, in September 2017. They married in New Zealand in December 2018.

Canadian scholar of Comparative and French, Renaissance, and Canadian literature 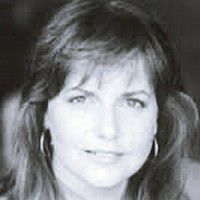