Baroness Sophie Mannerheim (1863-1928) is a famous nurse known as pioneer of modern nursing in Finland. She was daughter of a count and sister of a former Finnish President, marshal Carl Gustaf Emil Mannerheim. Her career started as a bank employee for 6 years until she got married in 1896. After her divorce in 1902 she was trained in nursing at the Nightingale School at St Thomas' Hospital in London. Returning home she was appointed as head nurse of Helsinki Surgical Hospital and later elected President of the Finnish Nurses' Association, a position she had for 24 years. As a result of her international involvement she was also elected President of the International Council of Nurses (ICN). Sophie Mannerheim was, together with Dr Arvo Ylppö, founder of the Children's Castle (Lastenlinna) hospital in Helsinki as well as the Mannerheim League for Child Welfare. 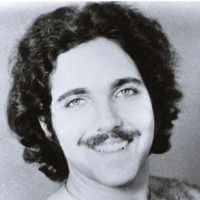 17th-century German doctor and linguist who discussed the affinity of Hungarian, Finnish and Saami languages