Sophie Davant (born 19 May 1963) is a French journalist, television presenter and comedian.

Sophie Davant was born in Bordeaux in the department of Gironde. She graduated with a master of foreign languages in both English and German in Bordeaux. She studied in 1985 at the IUT de journalisme of Bordeaux.

After an internship as an editor on the channel Antenne 2 in 1986, she then worked at the 19/20 on the channel FR3. In 1987, she started presenting the weather on Antenne 2. In 1989, she co-hosted Aventures Voyages and also hosted Télématin.

From 1990 to 1992, she co-hosted with Patrice Laffont the game show Fort Boyard. From January to June 1992, she presented La Piste de Xapatan from Mexico on Antenne 2. She also portrayed herself in Fort Boyaux, a parody of Fort Boyard by Les Inconnus.

She was later named director of the weather service on France 2 but continues hosting or co-hosting several programs such as Sportissimo with Gérard Holtz from September to November 1992, Campus in July and August 1995 with Jean-Luc Reichmann and Prima donna with Patrick Sébastien in 2001.

Since September 1998, she hosts the morning program C'est du programme on France 2 (initially titled Tout un programme). She co-hosted on 2 June 2001 25 ans de chance with Patrick Sébastien on France 2, a special program dedicated to the 25 years of the Loto.

In 2004, she co-hosted with her husband Pierre Sled on France 3 the French selection to access at the final of the Junior Eurovision Song Contest on the program Eurovision Junior : la sélection. In September 2006, she hande over her responsibility for the weather service on France 2 to Laurent Romejko. Since 1997, she has co-hosted with several presenters the Téléthon every first weekend of December. Since September 2010, with C'est au programme and Téléthon, she has presented Toute une histoire on France 2.

In 1991 Sophie Davant married the journalist and television presenter Pierre Sled. The couple have two children, a son Nicolas (born 24 July 1993) and a daughter Valentine (born 27 November 1995). They separated in early 2012.

Since March 2012, Sophie Davant has been in a relationship with French novelist and academician Érik Orsenna.

Sophie Davant has written or co-written the following books : 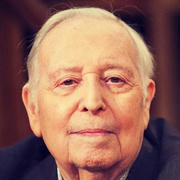