Popov was born in the United States, Popov moved to Germany at a young age and holds dual citizenship. Her paternal grandparents are Bulgarians. As an amateur, she played college golf at the University of Southern California in Los Angeles. She won the 2010 International European Ladies Amateur Championship and played on the Junior Solheim Cup and Espirito Santo Trophy teams.

In 2015 Popov was part of the German broadcast team for German television during the Solheim Cup.

Popov played on the Symetra Tour between 2016 and 2020, where she had a best of four runner-up finishes: 2016 Chico's Patty Berg Memorial, 2016 Danielle Downey Credit Union Classic, 2017 Tullymore Classic and 2020 Founders Tribute at Longbow. In 2016 she qualified for the U.S. Women's Open at CordeValle, where she finished last of those making the cut, and in 2018 she played in the Women's PGA Championship at Kemper Lakes, finishing tied for 57th place.

In February 2019, Popov came within a stroke of gaining a place on the LPGA Tour for the 2019 season via the qualifying school. In 2020, with the LPGA and Symetra tours being impacted by the COVID-19 pandemic, she won three tournaments on the Cactus Tour, a mini-tour based in Arizona. She followed that up with victory in the AIG Women's Open at Royal Troon, having qualified by means of a high finish at the Marathon Classic. Prior to the Women's Open, Popov was ranked 304th in the world.

Win
Did not play

The contents of this page are sourced from Wikipedia article on 24 Aug 2020. The contents are available under the CC BY-SA 4.0 license.
View Sophia Popov 's image gallery
Image Gallery 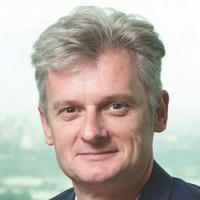