Sophia of Hanover Princess of the Palatinate

Princess of the Palatinate

Sophia of Hanover
The basics 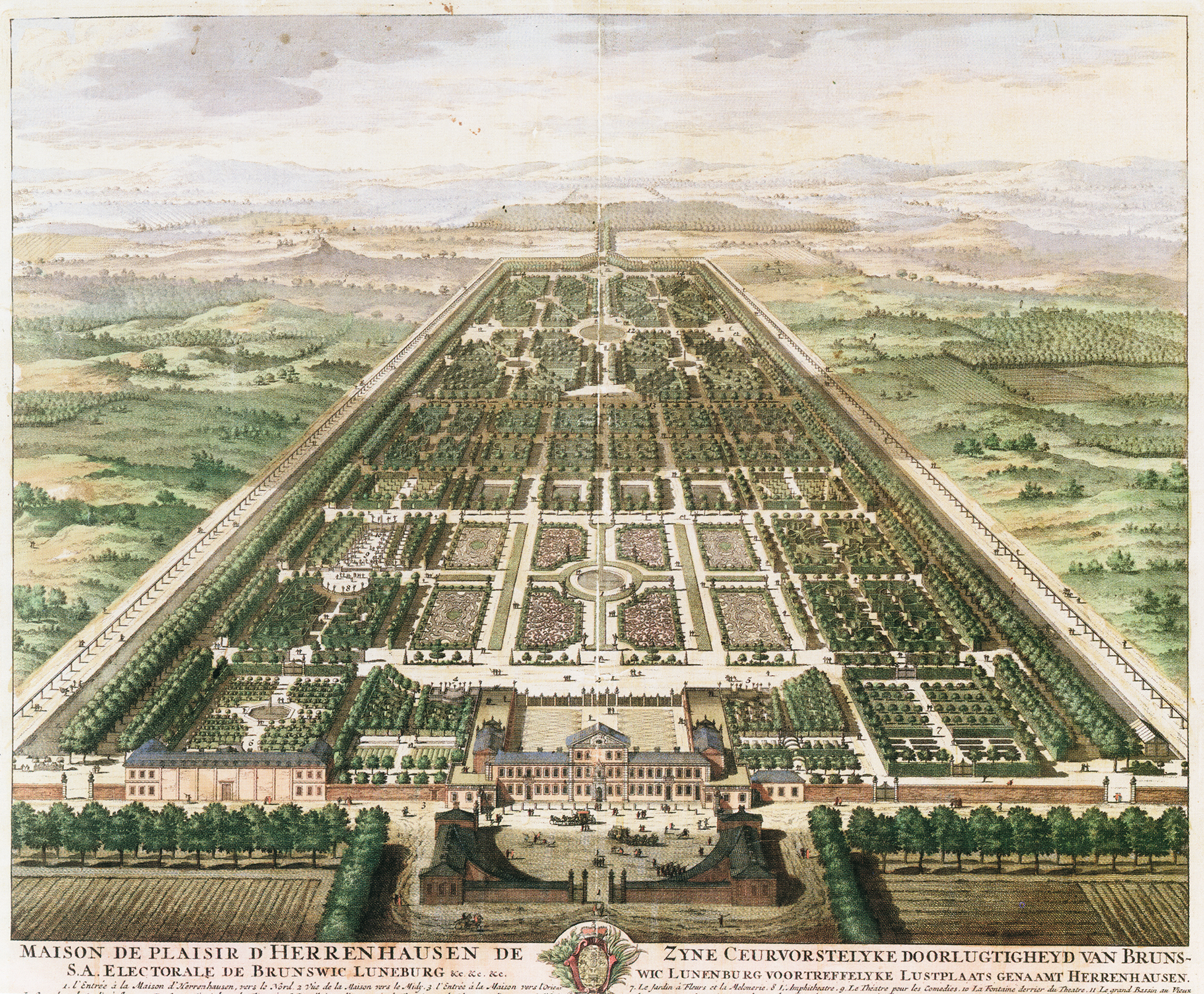 Sophia of the Palatinate (commonly referred to as Sophia of Hanover; 14 October 1630 – 8 June 1714) was the Electress of Hanover from 1692 to 1698. She became heir presumptive to the crowns of the Kingdom of England and the Kingdom of Ireland under the Act of Settlement 1701. After the Act of Union, 1707 unified the Kingdom of England and the Kingdom of Scotland, she became heir presumptive to the throne of the Kingdom of Great Britain.
Sophia, a granddaughter of James VI and I, died less than two months before she would have become queen; her claim to the throne passed on to her eldest son, George Louis, Elector of Hanover, who ascended as George I on 1 August 1714 (Old Style).
Born to Frederick V, Elector Palatine, and Elizabeth Stuart, in 1630, Sophia grew up in the Dutch Republic, where her family had sought refuge after the sequestration of their Electorate during the Thirty Years' War. Sophia's brother Charles Louis was restored to the Palatinate as part of the Peace of Westphalia. Sophia married Ernest Augustus of Brunswick-Lüneburg in 1658. Despite his jealous temper and frequent absences, Sophia loved him, and bore him seven children who survived to adulthood. Initially a landless cadet, Ernest Augustus succeeded in having the House of Hanover raised to electoral dignity in 1692. Therefore, Sophia became Electress of Hanover, the title by which she is best remembered. A patron of the arts, Sophia commissioned the palace and gardens of Herrenhausen and sponsored philosophers, such as Gottfried Leibniz and John Toland. Sophia, dressed as an Indian. Painted by her sister (circa 1644), Louise Hollandine of the Palatinate

A daughter of Frederick V, Elector Palatine, and Elizabeth Stuart, also known as the "Winter King and Queen of Bohemia" for their short rule in that country, Sophia was born in The Wassenaer Hof, The Hague, Dutch Republic, where her parents had fled into exile after the Battle of White Mountain. Through her mother, she was the granddaughter of James VI and I, king of Scotland and England. At birth, Sophia was granted an annuity of 40 thalers by the Estates of Friesland. Sophia was courted by her first cousin, Charles II of England, but she rebuffed his advances as she thought he was using her in order to get money from her mother's supporter, Lord William Craven. On 30 September 1658, she married Ernest Augustus, Elector of Brunswick-Lüneburg, at Heidelberg, who in 1692 became the first Elector of Hanover. Ernst August was a second cousin of Sophia's mother Elizabeth Stuart, as they were both great-grandchildren of Christian III of Denmark.

Sophia became a friend and admirer of Gottfried Leibniz while he was librarian at the Court of Hanover. Their friendship lasted from 1676 until her death in 1714. This friendship resulted in a substantial correspondence, first published in the nineteenth century (Klopp 1973), that reveals Sophia to have been a woman of exceptional intellectual ability and curiosity. She was well-read in the works of René Descartes and Baruch Spinoza. Together with Ernest Augustus, she greatly improved the Summer Palace of Herrenhausen and she was the guiding spirit in the creation of the gardens (which still exist) surrounding the palace, where she died.

Sophia had several children. Those who reached adulthood were: Electress Sophia and her daughter

Sophia was absent for almost a year, 1664–65, during a long holiday with Ernest Augustus in Italy, but she corresponded regularly with her sons' governess and took a great interest in her sons' upbringing, even more so on her return. After Sophia's tour, she bore Ernest Augustus another four sons and a daughter. In her letters, Sophia describes her eldest son as a responsible, conscientious child who set an example to his younger brothers and sisters.

In September 1700, Sophia met her cousin, King William III of England and II of Scotland, at Loo. This happened just two months after the death of Prince William, Duke of Gloucester, nephew of King William III and son of the future Queen Anne. By this time, given the ailing William III's reluctance to remarry, the inclusion of Sophia in the line of succession was becoming more likely, because she was a Protestant, as was her husband. Her candidature was also aided by the fact that, because she had grown up in the Netherlands (where her parents had spent the last several decades of their life), she was well known to her cousin King William and was able to converse fluently with him in his native tongue. Sophia as dowager Electress of Hanover, around the time she was proclaimed heir presumptive of the British crown.

A year after their meeting, the Parliament of England passed the Act of Settlement 1701 declaring that, in the default of legitimate issue from Anne or William III, the crowns of England and Scotland were to settle upon "the most excellent princess Sophia, electress and duchess-dowager of Hanover" and "the heirs of her body, being Protestant". The key excerpt from the Settlement, naming Sophia by name as heir presumptive reads:

Therefore for a further Provision of the Succession of the Crown in the Protestant Line We Your Majesties most dutifull and Loyall Subjects the Lords Spirituall and Temporall and Commons in this present Parliament assembled do beseech Your Majesty that it may be enacted and declared and be it enacted and declared by the Kings most Excellent Majesty by and with the Advice and Consent of the Lords Spirituall and Temporall and Commons in this present Parliament assembled and by the Authority of the same That the most Excellent Princess Sophia Electress and Dutchess Dowager of Hannover Daughter of the most Excellent Princess Elizabeth late Queen of Bohemia Daughter of our late Sovereign Lord King James the First of happy Memory be and is hereby declared to be the next in Succession in the Protestant Line to the Imperiall Crown and Dignity of the forsaid Realms of England France and Ireland with the Dominions and Territories thereunto belonging after His Majesty and the Princess Anne of Denmark and in Default of Issue of the said Princess Anne and of His Majesty respectively.

Sophia was made heir presumptive for the purpose of cutting off any claim by the Roman Catholic James Francis Edward Stuart, who would otherwise have become James III and VIII, as well as denying the throne to many other Roman Catholics and spouses of Roman Catholics who held a claim. The act restricts the British throne to the "Protestant heirs" of Sophia of Hanover who have never been Roman Catholic and who have never married a Roman Catholic. Some British politicians attempted several times to bring Sophia to England in order to enable her to assume the government immediately in the event of Anne's death. It was also argued that such a course was necessary to ensure Sophia's succession, for Anne's Roman Catholic half-brother was significantly closer to London than Sophia. The Electress was eager to move to London, but the proposal was denied, as such action would mortally offend Anne who was strongly opposed to a rival court in her kingdom. Anne might have been aware that Sophia, who was active and lively despite her old age, could cut a better figure than herself. Sophia was completely uncertain of what would happen after Anne's death, saying: "What Parliament does one day, it undoes the next."

When the law was passed in mid-1701, Sophia (age 70), five of her children (ages 35 to 41), and three legitimate grandchildren (ages 14 to 18) were alive. Although Sophia was in her seventy-first year, older than Anne by thirty-five years, she was very fit and healthy, and invested time and energy in securing the succession either for herself or her son. Currently, there are more than 5,000 legitimate descendants of Sophia, although not all are in the line of succession. The Sophia Naturalization Act 1705 granted the right of British nationality to Sophia's non-Roman Catholic descendants; those who had obtained the right to British citizenship via this Act at any time before its repeal by the British Nationality Act 1948 retain this lawful right today.

Summer Palace of Herrenhausen and the Great Garden, ca 1708

Although considerably older than Queen Anne, Sophia enjoyed much better health. According to the Countess of Bückeburg in a letter to Sophia's niece, the Raugravine Luise, on 5 June 1714 Sophia felt ill after receiving an angry letter from Queen Anne. Two days later she was walking in the gardens of Herrenhausen when she ran to shelter from a sudden downpour of rain and collapsed and died, aged 83—a very advanced age for the era. Just over a month later, in August, Queen Anne died at the age of 49. Had Anne predeceased Sophia, Sophia would have been the oldest person to ascend the British throne.

Upon Sophia's death, her eldest son Elector George Louis of Brunswick-Lüneburg (1660–1727) became heir presumptive in her place, and weeks later, succeeded Anne as George I. Sophia's daughter Sophia Charlotte of Hanover (1668–1705) married Frederick I of Prussia, from whom the later Prussian kings descend.