Sophia Minnaert is an American television journalist and the broadcast and digital features content director for the Milwaukee Brewers.

In 2012, Minnaert was hired by Fox Sports Wisconsin (FSW) to work in their social media department. Starting in 2013, she began as an on-air sideline reporter for FSW. During her time at the network, she worked both Brewers and Milwaukee Bucks telecasts. However, following her hire by the Brewers in June 2018, Minnaert's role with the Bucks ended.

She won an Emmy in 2013 for the documentary Baseball in the Dominican Republic.

Minnaert is from Madison. In 2009, she graduated from Marquette University, where she studied Spanish and journalism. Her mother is from Costa Rica and her father, Al Minnaert, is a well-known former Madison Edgewood High School football coach.

The contents of this page are sourced from Wikipedia article on 01 Aug 2020. The contents are available under the CC BY-SA 4.0 license.
comments so far.
Comments
From our partners
Sponsored
Reference sources
References
https://ballparkdigest.com/2018/06/15/personnel-news-milwaukee-green-bay/
http://www.madisoncatholicherald.org/news/around-diocese/5784-sophia-minnaert.html
http://www.creamcitycentral.com/the-4/the-voice-of-wisconsin-sports-sophia-minnaert/
https://www.bizjournals.com/milwaukee/news/2018/06/13/milwaukee-brewers-hire-fox-sports-wisconsins.html
https://stories.marquette.edu/marquette-alumnae-open-up-about-their-careers-as-women-in-sports-journalism-c6185c67290e 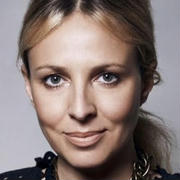