Clarence Smith (born Clarence Edward Mauldin, November 3, 1940), known as Sonny Rhodes, is an American blues singer and lap steel guitar player. He has recorded over two hundred songs. "I'm what you call a self-proclaimed Disciple of the Blues!" said Rhodes about his years playing and singing for fans of blues around the world. He has been nominated 15 times for Blues Music Awards and won in the category Instrumentalist–Other in 2011.

Born in Smithville, Texas, the son of Emma Mauldin, Rhodes was orphaned as a baby and was adopted by sharecroppers Leroy and Julia Smith. He received his first guitar at the age of eight as a Christmas present and became serious about playing the blues at age 12. He credits his uncle as his source of inspiration. Rhodes began performing around Smithville and nearby Austin in the late 1950s, while still in his teens. He listened a lot to T-Bone Walker when he was young. He acknowledges as influences the guitarists L. C. Robinson, Pee Wee Crayton and B. B. King and the singer Percy Mayfield. With his first band, Clarence Smith and the Daylighters, he played blues clubs in the Austin area until he joined the Navy after high school graduation.

In the Navy, he was stationed in California, where he worked for a while as a radio man and closed-circuit Navy ship disc jockey, telling off-color jokes in between the country and blues records he would spin for the entertainment of the sailors. Rhodes recorded a single, "I'll Never Let You Go When Something Is Wrong", for Domino Records in Austin in 1958. He also learned to play the bass guitar. He played bass accompanying the guitarists Freddie King and Albert Collins. After his stint in the Navy, in his mid-20s, Rhodes returned to California and lived in Fresno for a few years before signing a recording contract with Galaxy Records in Oakland. He recorded a single, "I Don't Love You No More", in 1966 and another single for Galaxy in 1967, changing his stage name from Clarence Smith to Sonny Rhodes at that time. Frustrated with the San Francisco Bay area record companies, he recorded "Cigarette Blues" on his own label, Rhodes-Way Records, in 1978.

Rhodes toured Europe in 1976 and released numerous recordings on European labels, including I Don't Want My Blues Colored Bright and the live album In Europe. In 1985, he released Just Blues on Rhodes-Way. In the late 1980s, he recorded Disciple of the Blues, released by Ichiban Records in 1991, and Living Too Close to the Edge, released in 1992. He later moved to Kingsnake Records, releasing several albums including The Blues Is My Best Friend (1994) and Out of Control (1995), and touring widely in the US, Canada and Europe. His most recent album, I'm Back Again, was released in 2009.

Rhodes recorded "The Ballad of Serenity", the theme music for the television series Firefly, which was written by Joss Whedon, the creator of the series. 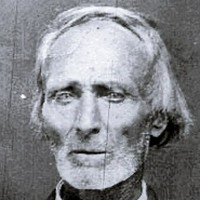