Sonja Zietlow (born 13 May 1968 in Bonn) is a German television presenter. She began her career as a host of Hugo & Hexana and is most famous for her own tabloid talk show Sonja, which aired from 1997 to 2001 on Sat.1. More recently, she has hosted several RTL shows, most notably Der Schwächste fliegt!, a German adaptation of the hit BBC quiz show The Weakest Link. Since 2004, she has hosted Ich bin ein Star – Holt mich hier raus!, the German adaption of I'm a Celebrity...Get Me Out of Here!. In 2004, she was awarded the title "Woman of the year (moderation)" by Maxim Deutschland. After she graduated from school and before her media career began in 1993, she worked as first officer for the German airline Lufthansa. When Zietlow was a candidate in a TV show, she was offered a job as host. 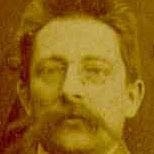