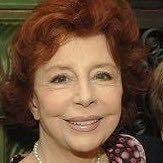 Sonja Alice Selma Toni Ziemann (8 February 1926 – 17 February 2020) was a German film and television actress. In the 1950s, she was among Germany's most prominent actresses, awarded the 1950 Bambi for appearing, together with Rudolf Prack, in Schwarzwaldmädel. From the 1960s, she turned to more serious acting in international films such as The Secret Ways. She played in several anti-war films such as Strafbataillon 999. She also appeared on stage and in television.

Ziemann took dance education with Tatjana Gsovsky. Beginning in 1941, she performed in operettas and revues. After World War II, her performances primarily came at the Metropol Theater in Berlin. Ziemann began working in films when she was 15, and by age 18 "was a star of the first magnitude". She was a notable German film star in the 1950s, particularly in the Heimatfilm genre. She formed a screen couple with actor Rudolf Prack in a number of films, including Schwarzwaldmädel (The Black Forest Girl) in 1950. The light-hearted film was welcome in a country conscious of common guilt. It earned her the Bambi for the most popular actress that year. Ziemann and Prack played together again in Die Heide ist Grün (The Heath Is Green) in 1951, attracting over 16 million people to the cinema. She also played with partners such as Karlheinz Böhm, O. W. Fischer, Gert Fröbe, Johannes Heesters, Curd Jürgens and Hardy Krüger.

In retrospect, she described the roles of sweet country girl as kitsch. Her first character role came in 1958 in the Polish social drama The Eighth Day of the Week. Her popularity in Germany dropped considerably after the film. She was the first German actor to star in an international production, the 1961 spy drama The Secret Ways (Geheime Wege, 1961), her first American film. She appeared in The Bridge at Remagen in 1969.

In 1962, Ziemann returned to the stage, portraying Eliza Doolittle in productions of My Fair Lady in Zurich and Munich. She also appeared as Wedekind's Lulu. With Götz George, she played in works by Tennessee Williams and toured the world.

With her first husband, the industralist Rudolf Hambach, Ziemann had a son named Pierre who died in 1970 at age 16 from cancer. In 1961, Ziemann married Polish novelist Marek Hłasko. In 1969, they divorced. From 1972 until his death in 2001, she was married to her acting colleague Charles Régnier. Ziemann died on 17 February 2020 at the age of 94.

The contents of this page are sourced from Wikipedia article on 08 Mar 2020. The contents are available under the CC BY-SA 4.0 license.
View Sonja Ziemann 's image gallery
Image Gallery 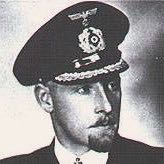