Sona Jobarteh is a vocalist, multi-instrumentalist and composer from the Gambia and the UK. She was born in 1983 into one of the five principal Kora-playing Griot families from West Africa - she is the first female professional kora player to come from a Griot family. She is the granddaughter of the Master Griot of his generation, Amadu Bansang Jobarteh, cousin of the well-known, celebrated Kora player Toumani Diabate as well as the sister of the renowned Diaspora Kora player Tunde Jegede.

Born in London, Sona Jobarteh is a member of one of the five principal Kora-playing (Griot) families from West Africa, and the first female member of such a family to rise to prominence on this instrument. Before her, the playing of this 21-stringed harp-like instrument was exclusively passed down from father to son. The instrument is an important element of the Mandingo peoples in West Africa and their playing is reserved only to certain families called Griot. She is the granddaughter of the Master Griot of his generation, Amadu Bansang Jobarteh, who migrated from Mali to the Gambia. Her cousin is the well-known, celebrated Kora player Toumani Diabate. She has studied the Kora since the age of three, at first taught by her brother Tunde Jegede, and then by her father, Sanjally Jobarteh. She gave her first performance at London’s Jazz Café when she was four years old.

She attended the Royal College of Music, where she studied cello, piano and harpsichord, and soon after went on to the Purcell School of Music to study composition. During this time she was involved in working on several orchestral projects including the "River of Sound" with the Irish Chamber Orchestra, featuring Evelyn Glennie, and other collaborative works including performances with the Royal Philharmonic Orchestra, Britten Sinfonia, Milton Keynes City Orchestra and the Viva Chamber Orchestra.

In 2002 Jobarteh travelled to Vienna to perform with the renowned jazz vocalist Cleveland Watkiss, also forming a part of his support act for Cassandra Wilson at the Barbican in London. She also featured on Damon Albarn’s Mali Music Project which was later performed for Jools Holland.

As a performing musician she has collaborated with musicians from around the world, including Oumou Sangaré, Toumani Diabaté, Kasse Made Diabaté and the BBC Symphony Orchestra. Jobarteh is a regular member of her brother's African Classical Music Ensemble, which has toured England, Ireland, Africa and parts of the Caribbean. Jobarteh has contributed to composer/musician Tunde Jegede’s albums Malian Royal Court Music and Lamentations, for which she composed two pieces, one of which also featured on the album Trance Planet Vol. 5 (released on Triloka records, Virgin in the US). She also works with the distinguished spoken-word artist HKB FiNN as an instrumentalist, co-writer, singer and producer. For her solo work, such as her performance at the 2014 Festival Internacional Cervantino, in Mexico, she has a band with members Kari Bannermann on electric guitar, Kyazi Lugangira on acoustic guitar, Mamadou Sarr on African percussion, Alexander Boateng on drums and Andi McLean on the bass.

Having completed her degree at SOAS, University of London, Jobarteh divides her time as a performer and teacher of the kora, sharing its repertoire and history with a new generation of people interested in learning about this most exquisite instrument. She has worked along with her father to found a formal music school in the Gambia, named after her famous grandfather. Her debut album was Afro-Acoustic Soul, containing songs about bittersweet love and social themes. The influences on this album are mixed with some that could be play on more conventional European radio formats.

Sona Jobarteh made her debut as a film composer in 2009 when she was commissioned to create the soundtrack to a unique documentary film on Africa entitled Motherland.

The score was an innovative exploration into the cinematic representation of a classical African sound world. While much of Jobarteh's score drew primarily on the West African Griot tradition, she also had to reinvent it in order to accommodate for the demands of the visual realm.

In order to create this film score Sona explored instruments in different ways to that of their traditional setting. She has used the Kora as a bass instrument as well as tuning it to an "Arabic" scale. She has used the Guitar to emulate the sound of an African lute, as well as being influenced by the West African Griot style of playing.

She invented a new instrument called the Nkoni for use in many of the compositions in order to capture a unique sound. This instrument is a cross between the Kora and the Donso Ngoni, expanding the tonality and mood of the African musical sonic. Jobarteh's vocal style draws on the West African Griot style, although there are aspects that also lean towards East African influences.

Factored into the creation of a unique African aesthetic was Jobarteh's avoidance of two crucial paradigms; first, the reliance on the cinematic familiarity of western stringed instruments, and secondly the stereotypical predominance of drumming as a signature of African musical representation.

She is European-born of African heritage, and strongly identifies with the latter. Spending significant time in both England and the Gambia, she blends different musical styles, from both the European and West African traditions. However, unlike her contemporaries, she explores and expands on traditional African roots rather than trying to fuse them with contemporary hip-hop and jazz. Instead, she looks to reinterprate traditional music. In addition to the kora, she also sings and plays the guitar. 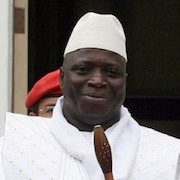 2nd President of the Gambia 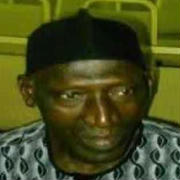