He is considered one of the most influential figures in South Korean media.

When Sohn Suk-hee was in the lower grades in Seoul Yonggang elementary school, he lived in Pil-dong, Jung-gu. He was stubborn and tough at the moment. ‘This student is such a thick head’ was written in his report card when he was second grader. He used to play with the orphans near the Toegye-ro, but he was so poor that he was in the similar position with them. Later, his family moved to Seongbuk-gu. After he graduated Sorabol middle school, he entered the Whimoon High School and became a member of the broadcasting club. There, he met Song Sueng Hwan, who planned Nanta. His experience in there played the crucial role of becoming an announcer. In 1976, he entered Kookmin University and studied Korean Literature. Students in Kookmin University called him ‘school uniform’, because he had only worn black clothes. In 1979, he joined the Army in Busan.

On 9 May 2013, Sohn Suk-hee was named the new president of JTBC’s news reporting department. And he said that officially, “I know there is opposition to my choice. But I hope people can wait for me to carry out what I have been contemplating about true journalism. I will do my best to let them understand it in the future.”

Hong suk hyun said JTBC could succeed after several attempts to recruit him. He said that he want JTBC to be the broadcast to have a most talented person. He said Sohn Suk-hee was a man he could find who can broadcast very fair. Later, and Sohn suk-hee said trust him and he’ll do everything he can. On 9 May 2013, a report was made that Sohn move to the comprehensive channel JTBC. JTBC has decided to assume the presidency of the press. In an interview with Sisa IN, he said “The tone would be different from the JoongAng Ilbo. As long as I have the full power of the press section, it seems to me that I will do my job”. From 16 September 2013, the news that JTBC News 9 will be performed solely is on the news, which means he will be the sole anchor of JTBC News 9. In 1 January 2014, for the new year special edition, he led the discussion in 4 years. In 2013, JTBC News boasted an overwhelming number of reporters than the three terrestrial broadcasters in relation to the press evaluation of the intervention of the National Intelligence Service. On 16 April 2014, JTBC News 9 reported the Sinking of MV Sewol, and the story came out. While he was interviewing with safety expert, when the expert said it was hard to make air into the ship was hard, Sohn couldn’t say any word. After the interview he was still in a choked voice. Also, in 21 April when he was interviewing the family of missing person, a missing person was found dead and the interview was finished, he gulp down tears. From 24 to 29 April 2014, JTBC News 9 was conducted locally in Peng Mok Port, Jindo, Jeollanam-do, to report on the disaster. It was well received as news that it hurts the families of the missing people. This led to national interest and trust, and recorded audience ratings close to terrestrial broadcasters. On 22 September 2014, JTBC News 9 was reorganized into the JTBC Newsroom.

There was a famous reporting program of MBC named PD’s Note. In 1992, MBC cancelled an episode of PD’s Note which was about a prediction about a collapse of rural economy which was caused by 1992 Uruguay Round. MBC cancelled it because a CEO of MBC who wanted the ruling party to rule continuously, estimated that the episode would bring disadvantage to the ruling party at next presidential election. Through this event, many journalists of MBC decided to go on a strike to clamour for transition of MBC to an impartial broadcasting company, and Sohn Suk-hee was one of them. The strike lasted 52 days, and Sohn Suk-hee was arrested for leading the strike and was detained in Yeongdeungpo detention center with several of his colleagues during the strike.

He is a news chief of JTBC. Also, he is an anchor of a news program named “News Room.” He married Shin hyun sook whose job is an announcer. He has two sons, Sohn Gu Yong and Sohn Gu Min. He has been picked to the most convincing journalist in surveys that <Current Affairs IN> does since 2007, when <Current Affairs IN> started their surveys. His news program was also picked to the most convincing news program in a survey targeting 1000 adults live in Korea. It was because his news program earned a lot of credit while they were reporting about Sewol ferry affair and about Choi Soon-sil gate.

The contents of this page are sourced from Wikipedia article on 12 Feb 2020. The contents are available under the CC BY-SA 4.0 license.
View Son Seokhee 's image gallery
Image Gallery 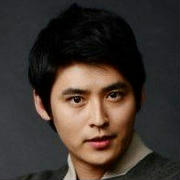