Sommer Ray was born on September 15, 1996, in Colorado, to athletic parents. Her father is a competitive bodybuilder and her mother, Shannon Ray, is also a fitness model and has appeared in a short film titled Sweethearts (directed by Edwin LaNotte McDonald IV)

Sommer gained attention in 2013 when she began posting videos on Vine. She is currently active on all major social channels including YouTube (1.84M subscribers), Instagram (25.5M followers), and Twitter (1.1M followers) (as of September 2020).

Her mother and sisters, Savana and Skylyn, are also popular figures on the Internet.

In addition, Sommer is a fitness trainer.

In August 2017, Sommer was seen in Chaos Wolves' music video titled Karma, appearing alongside such music/social media figures as Logan Paul, Jake Paul, Alissa Violet, and Marshmello. The same year, she was also featured in an episode of Nick Cannon's Wild 'N Out with DeRay Davis, Machine Gun Kelly, Karlous Miller, DJ D-Wrek, and Conceited, among others.

The following year, in January, she starred in the "Caught" episode of the TV series King Bachelor's Pad, with Melvin Gregg, Andrew Bachelor, and Bria Myles.

ETOnline in 2017 reported that Sommer was in a relationship with American actor Max Ehrich.

To cite the article
Citation
We strive for accuracy and fairness. If you notice a mistake, please contact us. Below the article, you will find links to the references used.
comments so far.
Comments
Reference sources
References
https://web.archive.org/web/20200917061205/https://www.cosmopolitan.com/entertainment/celebs/a33565458/tayler-holder-sommer-ray-relationship-timeline/
http://www.youtube.com/channel/UC4usqlPfjsJs0XgxclDN4Tw
https://www.tiktok.com/@sommerray
https://sommerraysshop.com/
https://web.archive.org/web/20200730052540/https://www.etonline.com/sweetvicious-star-max-ehrich-dating-model-sommer-ray-exclusive-88815
https://screenrant.com/love-island-usa-bennett-sipes-ex-sommer-ray/
Trending today in 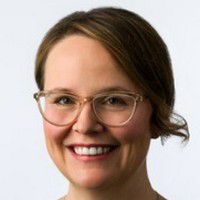