Solomon (Sol) Kerzner (born 23 August 1935) is a South African accountant and business magnate. Kerzner was born in Troyeville, Johannesburg, the youngest of four children to Jewish Russian immigrants. His family started a hotel chain; after Kerzner graduated with a B.Com (Accounting), B.Com (Hons) (Accounting)) from the University of the Witwatersrand, Johannesburg and qualified as a Chartered Accountant, he took over the running of the group and went on to create the most successful hotel group in South Africa, Sun International. He is now the Founder, Chairman and CEO of Kerzner International and his career spans more than 45 years in the resort industry. He founded both of South Africa's largest hotel groups, Southern Sun Hotel Group.

Kerzner was born in Troyville, Johannesburg, South Africa, the son of Russian Jewish immigrants. His parents owned and operated a chain of kosher hotels. Kerzner graduated with a degree in accounting and then took control of the family company. In 1962, he purchased the Astra Hotel in Durban. Following the success of that property, Kerzner built South Africa's first five star graded hotel in Umhlanga, a village north of Durban – he opened this resort in December 1964 which he named the Beverly Hills Hotel.

Following the Beverly Hills, Kerzner built the 450-room Elangeni Hotel (now renamed Southern Sun Elangeni & Maharani), overlooking Durban's beachfront and, in 1969, in partnership with South African Breweries, he established the chain of Southern Sun Hotels, which by 1983 operated 30 luxury hotels with more than 7,000 rooms. In 1975, Kerzner opened his first hotel outside South Africa on the Indian Ocean Island of Mauritius which he named Le Saint Géran.

In 1979 Kerzner developed Sun City, the most ambitious resort project in Africa. Over a period of ten years he built four hotels, a man-made lake, two Gary Player designed championship golf courses and entertainment center with an indoor 6,000-seat multi-purpose arena in which he presented many superstars including Frank Sinatra, Liza Minnelli and Shirley Bassey and which was also the venue of many World Title fights promoted by Bob Arum's Top Rank organisation. During 1985, Kerzner's Sun City, South Africa resort was the topic of anti-Apartheid rock album titled Sun City by a group of rock musicians calling themselves Artists United Against Apartheid.

In 1994, following the first multiracial elections in South Africa, Kerzner was asked by incoming President Nelson Mandela to arrange the VIP function at the Presidential Inauguration, which was attended by approximately a thousand people, including many of the world's leaders and heads of state.

In 1996, Kerzner opened the hugely successful Mohegan Sun casino in Uncasville, Connecticut in the United States and in 2000 opened the second phase of the project including a 1,200-room hotel through a joint venture with the Mohegan Tribe of Connecticut called Trading Cove Associates. TCA relinquished its management of the resort in 2002 but Kerzner through his company will still receive a 5% dividend on the gross revenue generated by Mohegan Sun until 2014. The property is one of the largest gaming and entertainment complexes in the United States.

As a result of the success of the Sun City resort with its Gary Player Country Club golf course (ranked number 1 in South Africa) he got involved in international hotel, leisure and gambling resorts; most notable is his role as the innovative developer behind the well-known Atlantis Resort in the Bahamas. In late 1994, Kerzner made his first major acquisition outside Africa through the purchase of the Paradise Island Resort in The Bahamas. This 1,150-room resort was in bankruptcy at the time. After acquiring the resort, Kerzner launched a major re-development and expansion program which transformed Atlantis, Paradise Island into a 2,300-room resort that included one of the world's largest man-made marine habitats and the Caribbean's biggest casino.

In early 2007, Kerzner expanded Atlantis, Paradise Island with new hotels The Cove and The Reef which added 1,100 new rooms to the property. This expansion included 21 retail outlets and new restaurants by celebrity chefs Jean-Georges Vongerichten, Nobu Matsuhisa and Bobby Flay. Kerzner extended the Atlantis brand globally with the development of Atlantis, The Palm, Dubai, with 1,500-room, water-themed resort opened in late-September 2008 on The Palm Jumeirah – a multibillion-dollar leisure and residential development in Dubai.

In October 2013, Kerzner announced that it is building a new Atlantis hotel at Sanya, Hainan Island in China with China's Fosun International Ltd. The 62-hectare resort will have 1,300 rooms and a water park like the other Atlantis hotels. The project will cost $1.63 billion.

Kerzner has been married four times. His first wife was Maureen Adler; they had three children. His second wife was Shirley Bestbier; they had two children. She later committed suicide. His third wife, Miss World 1974 Anneline Kriel, ended in divorce after five years. During a lengthy period in the 1990s, he dated the model Christina Estrada, got engaged, but never married her. He married his fourth wife, model Heather Murphy in 2000; they divorced in 2011.

Sol's son, Howard (Butch) Kerzner died on 11 October 2006 when the helicopter he was travelling in crashed near Sosua, in the Puerto Plata province of the Dominican Republic. 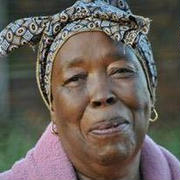 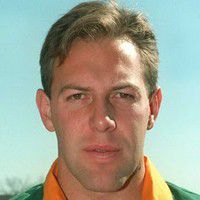 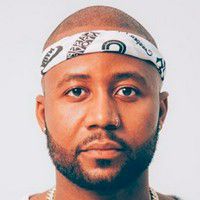