Sofinar Grigoryan (Armenian: Ծովինար Գրիգորեան), known in Egypt by her stage name Safinaz (Arabic: صافيناز‎), is a Russian-Armenian belly dancer famous in the Arab world, particularly in Egypt where she has appeared in several films since 2013.

Grigoryan started her career as a ballet dancer but then switched to belly dancing. She had international exposure with video clips on the satellite channel Dalaa. Her breakthrough came in 2013 with her appearance in the Egyptian film The Sweeper (القشاش) that starred Mohamed Farrag and Horeya Farghaly. According to Google data, she was the name most searched by Egyptian Internet users in 2014, outperforming actor Khaled Saleh who died the same year.

In May 2014, Grigoryan was summoned for questioning by Egyptian prosecutors over a report alleging she insulted Egypt and its people by wearing a dancing costume fashioned after the Egyptian flag. In April 2015, an Egyptian court sentenced her to six months in prison for 'insulting the Egyptian flag' after she wore a tight dress in its red, white and black color scheme. In September 2015 she was acquitted of the charges but the fine was doubled. She has been accused of debauchery again as she was found dancing with two fans in bikini and the video went viral.

Most searched on Google

The dancer Safinaz topped the list of the most searched people on Google in Egypt in 2014, surpassing Khaled Saleh and Egyptian President Abdel Fattah El-Sisi.

Most searched on Google 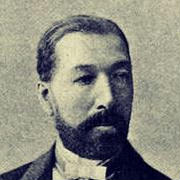