Sofie Linde was born in Aarhus but spent most of her early life in Odder. She made her acting debut in the 2009 Danish film Aching Hearts (Kærestesorger).

In January 2016 she debuted as the main presenter of the ninth series of the Danish version of X-Factor.

On 13 August 2017 it was announced she and television presenter Joakim Ingversen were expecting their first child. and they married on 27 December 2017.

The contents of this page are sourced from Wikipedia article on 24 Jun 2020. The contents are available under the CC BY-SA 4.0 license.
comments so far.
Comments
Reference sources
References
https://stiften.dk/aarhus/Sofie-fra-Odder-skal-styre-X-Factor/artikel/260125
https://stiften.dk/Dagens-portraet/Boernenes-TV-vaert-fra-Odder/artikel/198485
https://www.seoghoer.dk/nyheder/sofie-linde-er-gravid
https://www.bt.dk/underholdning/sofie-linde-og-joakim-ingversen-er-blevet-gift
https://www.imdb.com/name/nm2746065/
Trending today in 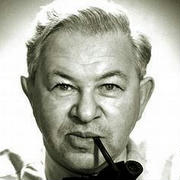