Sofie Hagen is a London-based Danish comedian and podcaster who performs in English.
The Guardian describes Hagen on stage as having "an easy charm ... and an ability to combine delicate subject matter with big, accessible laughs."

Sofie Hagen was born in Denmark on 10 November 1988 She improved her English and gained valuable people skills as a teenage fan of the boy band Westlife. She has made reference to this, and to writing fan fiction involving the band in her stand-up shows.

Hagen moved to London in September 2012 to perform regular comedy. In 2013 Time Out identified Hagen as "One to Watch". Hagen won the Laughing Horse New Act of the Year the same year; the first woman to win the award.

In August 2015, Hagen took her debut hour show, Bubblewrap to the Edinburgh Fringe Festival. The show was favourably received with 5 star reviews from ThreeWeeks, The Skinny and The Daily Mirror. Bubblewrap also received 4 star reviews from Chortle, Timeout, Beyond the Joke, The Herald, The Sunday Times and FestMag. The show won the Fosters sponsored Edinburgh Comedy Awards for Best Newcomer. In November, Virago Press published her essay in the collection I Call Myself a Feminist.

In July 2016, Hagen appeared in the Channel 4 miniseries Outsiders. She took her second solo show, Shimmer Shatter to the Edinburgh Festival Fringe in August. She went to extra lengths to make her forthcoming tour welcoming for fans with anxiety issues by allowing fans to contact her before shows to let her know their needs. Also, as a champion of inclusivity, she convinced the majority of venues on the tour to provide gender neutral toilets for fans who don’t identify as male or female.

From December 2015 to December 2016 Sofie has co-hosted The Guilty Feminist podcast with Deborah Frances-White. The pair set weekly challenges to explore their noble goals as 21st feminists and the hypocrisies and insecurities which undermine them.

In 2016 Sofie created the Made of Human podcast (or MOHpod) in which she interviews interesting people about how they manage to function as human beings. 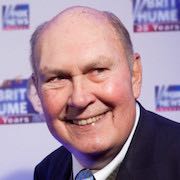