Sofia Goggia ([soˈfiːa ˈɡɔddʒa]; born 15 November 1992) is an Italian World Cup alpine ski racer. She made her World Cup debut in December 2011 and primarily competed on the European Cup circuit until the 2016 World Cup season.
At the 2018 Winter Olympics in PyeongChang, Goggia won the gold medal in the downhill, becoming the first and only woman to win Olympic gold for Italy in the women's downhill.

With only four career starts in giant slalom (and no finishes) in her World Cup career, Goggia was named to the Italian women's team for the 2013 World Championships in Schladming, Austria. She capitalized on the opportunity and posted two top ten finishes: fourth in the super-G and seventh in the super combined. Goggia attained her first World Cup podium in November 2016, a third place in giant slalom at Killington. She won the bronze medal in the same event at the World Championships in February.

Goggia's first World Cup win came in downhill in March 2017 at Jeongseon, South Korea. She followed it up with a super-G win the following day for her eleventh World Cup podium of the season. It was the fourth time that she gained multiple podiums at the same race venue, and added a fifth with two podiums at the World Cup finals in Aspen. She finished the season with 1197 World Cup points, 13 podiums in four different disciplines and third place overall.

In 2018, she won consecutive World Cup downhills in mid-January at Bad Kleinkirchheim and Cortina d'Ampezzo. She was the gold medalist in the downhill at the 2018 Winter Olympics in PyeongChang, South Korea, and won the World Cup season title in downhill, edging out Lindsey Vonn by three points.

A broken ankle in October 2018 caused Goggia to miss most of the World Cup season; she returned in late January 2019 with runner-up finishes in her first two starts at Garmisch-Partenkirchen, Germany. She won her first race of the season since her comeback from the injury in the ladies' downhill at Crans-Montana in February.

At the World Championships in Åre, Goggia won the silver medal in the Super-G, 0.02 seconds behind gold medalist Mikaela Shiffrin.

In June 2019, the Italian Olympic Committee named Goggia as ambassador for the nation’s bid to host the 2026 Winter Olympic Games in Milan-Cortina. On 24 June she was part of the italian delegation at the IOC headquarters in Lausanne, where Milan-Cortina were elected as hosts, defeating Stockholm-Åre.

In the 2019–2020 season Goggia achieved two Super-G podiums - a victory in St. Moritz and a second place in Sochi - both together with teammate Federica Brignone. In early February she suffered a fall during the Super-G race in Garmisch-Partenkirchen that caused a fracture in her left arm and the premature end of the season. 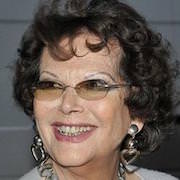