Sócrates Brasileiro Sampaio de Souza Vieira de Oliveira, MD (19 February 1954 – 4 December 2011), simply known as Sócrates, was a Brazilian footballer who played as an attacking midfielder. His doctorate in medicine and his political awareness earned him the nickname "Doctor Socrates".

Easily recognizable for his beard and headband, Sócrates became the "symbol of cool for a whole generation of football supporters". He was considered to be one of the greatest midfielders ever to play the game. In 1983, he was named South American Footballer of the Year. In 2004, he was named by Pelé in the FIFA 100 list of the world's greatest living players.

Sócrates played for Brazil for seven years, scoring 22 goals and representing the nation in two World Cups. He captained the team in the 1982 FIFA World Cup; playing in midfield alongside Zico, Falcão and Éder, considered one of the greatest Brazilian national teams ever. He also appeared in the 1979 and 1983 Copa América. At club level, Sócrates played for Botafogo-SP before joining Corinthians in 1978. He moved to Italy to play for Fiorentina, returning to Brazil in 1985 to end his career.

Sócrates was born in Belém do Pará. He began playing football professionally in 1974 for Botafogo-SP in his native Ribeirão Preto, but spent the majority of his career (1978 to 1984) with Corinthians, scoring 41 goals in 59 Série A games, and 172 goals in 297 matches in total.

In 1984–85, aged 30, Sócrates had his first experience abroad, playing in Serie A with Fiorentina. He returned to his country after that sole season, representing Flamengo, Santos and former club Botafogo-SP, and retiring in 1989.

In 2004, more than a decade after retiring, 50-year-old Sócrates agreed to a one-month player-coaching deal with Garforth Town of the Northern Counties East Football League in England. He made his only appearance for the club on 20 November, against Tadcaster Albion, coming on as a substitute twelve minutes from time.

Sócrates was capped 60 times for Brazil between May 1979 and June 1986, scoring 22 goals. He captained the national team at the 1982 FIFA World Cup, and also appeared in the 1986 World Cup in Mexico. In the latter edition, he scored twice, starting with the game's only goal against Spain in the group stage. he added another in the round-of-16 4–0 win over Poland, shooting his penalty kick without running; in the following game, against France, he tried to convert it in the same fashion, but had his shootout attempt saved by goalkeeper Joël Bats.

Sócrates also represented his country at the 1979 and 1983 Copa América tournaments. In the latter he appeared in only one game, the second leg of the final against Uruguay (1–1 home draw, 1–3 aggregate loss).

Sócrates was a technical playmaker, known for great through passes and his vision on the field, as well as his physical strength. He was also a two-footed player and a prolific goal scorer. His ability to read the game was highly valued, and his signature move was the blind heel pass. He was a key member of the Brazilian national team of the early to mid-1980s, Jonathan Wilson said that "Socrates was the brain of Brazil. He might not quite have had the flair of Zico, but he was the central intelligence". Former coach at Fiorentina, Giancarlo De Sisti, said: "Socrates was a very intelligent man, he had great class."

Sócrates was the firstborn child of Raimundo and Guiomar Vieira. He was born in Belém, Pará, and relocated with his family to Ribeirão Preto, São Paulo, in January 1960 after his father Raimundo earned an important position as revenue supervisor. This job acquisition earned Sócrates' father the status of a small-town hero in Igarapé-Açu, where the family lived at the time. His father's new salary allowed Sócrates to attend the best school in Ribeirão Preto, Colégio Marista. In a biography written by the journalist Tom Cardoso, it is revealed that the small library Sócrates' father had built in his home, containing philosophy books and other works, came under threat as of the coup d'état on March 31, 1964. Sócrates watched his father rid himself of books that he so loved; "In 1964, I saw my father tear many books, because of the revolution. I thought that was absurd, because the library was the thing he liked best. That was when I felt that something was not right. But I only understood well much later, in college." At age 8, Sócrates was exposed to the repercussions of the military dictatorship's censorship. His childhood was marked by this event which he came to comprehend as an adult later in life.

Sócrates lived in Ribeirão Preto with his wife and six children. He was a columnist for a number of newspapers and magazines, writing not only about sports, but also politics and economics. He frequently appeared on Brazilian TV programmes as a football pundit. At the time of his death, Sócrates was writing a fictional book about the 2014 World Cup in Brazil.

He was also noted for being an intellectual, a heavy drinker and a smoker. His younger brother Raí was also a footballer and an attacking midfielder, being a member of the Brazilian team that won the World Cup in 1994, notably playing for São Paulo and for Paris Saint-Germain.

During his time at Corinthians, Sócrates co-founded the Corinthians Democracy movement, in opposition to the then-ruling military government. Sócrates and his team mates protested against the regime's treatment of footballers, and showed support to the wider movement for democratisation, by wearing shirts with "Democracia" written on them during games.

On April 16, 1984 he spoke out in support of Diretas Já (Free Elections Now), a popular movement that called for direct presidential elections. In Socrates and the Corinthians' Democracy Juca Kfouri, a Brazilian journalist, recalls how, "Socrates took the risk of saying, in front of two million people gathered on the cathedral square, that if direct presidential elections weren’t accepted by the regime, he’d go play in Italy.” By hinging his transfer abroad on the outcome of a constitutional amendment, Socrates' political legacy began to form. His denunciation of the military dictatorship and fight to redemocratize Brazil extended his legacy beyond the football field.

Sócrates stated that three of his childhood heroes were Fidel Castro, Che Guevara and John Lennon. He also said that "Lula was good" but that he had "earned a mere seven or so out of ten" for his way of governing Brazil.

Pelé named Sócrates in the FIFA 100 list of the world's greatest living players in March 2004 and World Soccer named him one of 100 best footballers in history. In October 2008, he was inducted into the Pacaembu Brazilian Football Museum Hall of Fame.

The Brazilian's health started to deteroriate. On 19 August 2011 Sócrates was admitted to intensive care in the Albert Einstein Hospital in São Paulo with gastrointestinal bleeding secondary to portal hypertension and was discharged nine days later. The following month he spent 17 days in hospital with a liver ailment. On 1 December 2011, he was hospitalised with food poisoning which developed into septic shock and he was put on life-support. He died on 4 December 2011 at the age of 57. His legacy survived due to his wife and six children.

President of Brazil, Dilma Rousseff, paid tribute, saying Brazil had lost "one of its most cherished sons". "On the field, with his talent and sophisticated touches, he was a genius. Off the field... he was active politically, concerned with his people and his country."

Corinthians fans held up signs in tribute and there was a moment of silence before the team's match against Palmeiras (a 0–0 draw which secured Corinthians their first Brazilian title for six years). The result matched a professed desire of Sócrates, who had once stated his wish "to die on a Sunday when Corinthians won a trophy". Fiorentina held a minute's silence before their league match against Roma, and the players wore black armbands in tribute.

Former Brazil striker Ronaldo tweeted: "Sad start to the day. Rest in peace Dr. Socrates." Zico called him "unique". Italy's Paolo Rossi described the death as "a piece of our history that's broken off and gone away". Garforth chairman Simon Clifford paid tribute to the "great grace" of Sócrates.

There is a persistent myth that Sócrates studied medicine in Dublin, Ireland, and that during this time he played reserve football for University College Dublin. The rumour gained some credibility following articles in several newspapers apparently confirming it, in one case even citing a confirmation by a named source within the Football Association of Ireland. The story is, however, untrue, and has been debunked in other newspaper articles, and denied by the Dublin college. 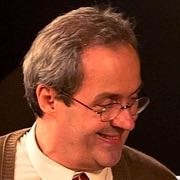