Snegulka Detoni (de Toni) (22 May 1921 – 14 January 2016) was a prominent Slovene physicist and chemist known for her research in hydrogen bonding. She was the recipient of the Boris Kidrič Prize in 1961.

Detoni was the first female researcher in the University of Ljubljana's physics department.

Detoni was awarded the Boris Kidrič Prize in 1961 along with Robert Blinc for her work in hydrogen bonding research.

The contents of this page are sourced from Wikipedia article on 20 Aug 2020. The contents are available under the CC BY-SA 4.0 license.
View Snegulka Detoni 's image gallery
Image Gallery 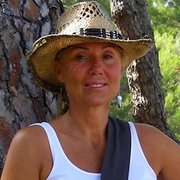