Smriti Zubin Irani (born Smriti Malhotra; 23 March 1976) is an Indian politician, former model, television actress and producer. Irani is a Member of Parliament, being nominated to the Rajya Sabha from the state of Gujarat. She is the current Information and Broadcasting and Textiles Minister in the Government of India.

Smriti Malhotra was born in Delhi to a Bengali mother, Shibani, and a Punjabi Khatri father, Ajay Kumar Malhotra. She is the eldest of 3 sisters.

She has been a part of the Rashtriya Swayamsevak Sangh (RSS) from childhood as her grandfather was an RSS swayamsevak and her mother a member of Jana Sangh. She passed class 12 from Holy Child Auxilium School in New Delhi. She then studied in University of Delhi Irani was accused of providing contradictory affidavits about her educational qualifications during different elections. in her affidavit for 2004 Lok Sabha elections, stated her educational qualification as B.A. from Delhi University (school of correspondence).However, while filing affidavits in her nomination papers for Rajya Sabha from Gujarat in 2011 and Lok Sabha from Uttar Pradesh in 2014, she said her highest educational qualification was, B.com, Part 1 (correspondence course) from Delhi University. However the case will not be further summoned as made clear by a court decision. It was later clarified that she has done B.com, Part 1 from Delhi University (not completing the full course till Part 3) in the affidavit she filed for Rajya Sabha elections from Gujarat in 2017 which stated "Bachelor of Commerce, Part 1. Three year degree course not completed".

Irani was one of the finalists of the beauty pageant Miss India 1998, along with Gauri Pradhan Tejwani. In 1998, Irani appeared in a song "Boliyan" of the album "Saawan Mein Lag Gayi Aag" with Mika Singh. In 2000, she made her début with TV series Aatish and Hum Hain Kal Aaj Aur Kal, both aired on Star Plus. In mid-2000, Irani won the lead role of Tulsi Virani in Ekta Kapoor's production Kyunki Saas Bhi Kabhi Bahu Thi on Star Plus. She holds the record of winning five consecutive Indian Television Academy Awards for Best Actress (Popular), four Indian Telly Awards. Irani had a fallout with the producer Ekta Kapoor and she left the show in June 2007 and was replaced by Gautami Kapoor. She made her comeback in May 2008 in a special episode.

In 2001, she also played the epic character Sita in Zee TV's Ramayan. In 2006, Irani co-produced the show Thodi Si Zameen Thoda Sa Aasmaan under her banner Ugraya Entertainment and Balaji Telefilms. She also played the lead role of Uma in it. In 2007, she produced the TV serial Virrudh for Sony TV and also portrayed the lead character of Vasudha in it. She also produced Mere Apne for 9X and portrayed the protagonist alongside Vinod Khanna. She also acted in a supporting role in Zee TV's Teen Bahuraaniyaan.

In 2008, Irani along with Sakshi Tanwar hosted the show Yeh Hai Jalwa, a dance based reality show featuring celebrities along with their troops on 9X. In the same year she also produced another show on Zee TV, Waaris which ended in 2009. In 2009, she appeared in a comedy show Maniben.com, aired on SAB TV. She also co-produced the show in collaboration with Contiloe Entertainment. In 2012, she worked in Bengali movie Amrita

Irani, Prime Minister Narendra Modi and President Pranab Mukherjee at the Conference of Chairmen of Boards of Governors, and Directors of IITs at Rashtrapati Bhawan on 22 August 2014.

Irani and Prime Minister Modi at an informal interaction with awardee teachers on the eve of teachers day, in New Delhi.

Irani joined the Bharatiya Janata Party in 2003. She became the vice-president of the Maharashtra Youth Wing in 2004. In the 2004 general elections for the 14th Lok Sabha, she contested unsuccessfully against Kapil Sibal from the Chandni Chowk constituency in Delhi. She was nominated as executive member of the central committee of the BJP. In December 2004, Irani, blaming then Gujarat Chief Minister, Narendra Modi for BJP's electoral losses, threatened to fast unto death until he resigned. However she later retracted this demand after BJP's central leadership threatened to take action against her. In May 2009, Irani while campaigning for Vijay Goel's candidature in New Delhi, voiced her concerns about the safety of women in the capital. She advocated capital punishment for rapists as a deterrent.

In early 2010, Irani was appointed National Secretary of BJP and on 24 June, she was appointed All India President of the BJP's women's wing, BJP Mahila Morcha. In August 2011, she was sworn in as a member of parliament from Gujarat to the Rajya Sabha.

Irani contested the 2014 general elections against Rahul Gandhi in Amethi constituency of Uttar Pradesh. Irani lost to Gandhi by 1,07,923 votes, a 12.32% margin. On 26 May 2014, Prime Minister Narendra Modi appointed her as the Minister of Human Resource Development in his cabinet. Her appointment was criticised by many people owing to her lack of formal higher education.

Irani has been accused of misrepresenting her educational qualifications. Conflicting affidavits were allegedly submitted by her while filing for different elections. In June 2015, a lower court held that the allegations against Irani were maintainable and a delay in prosecution was not a valid reason for dismissal. Irani asked people to file a PIL about her educational qualification to know about the truth behind the affidavit controversy.

Irani was accused of favouritism towards Vishram Jamdar, a self-proclaimed RSS follower and a regional Sangh Parivar leader, for appointment as the Chairman of Visvesvaraya National Institute of Technology, Nagpur.

Irani made a speech in Parliament in which she discussed the 2016 JNU sedition controversy and the Suicide of Rohith Vemula. University of Hyderabad doctor Rajashree M contradicted some claims made by Irani regarding the circumstances of Rohith's death.

She announced to start new yoga departments in six new universities in June 2016.

In July 2017, she was handed the additional charge of Ministry of Information and Broadcasting (India) when Former Minister M.Venkaiah Naidu resigns from Ministry to take part in Vice Presidential Elections.

In 2001, Smriti married Zubin Irani, a Parsi businessman and her childhood friend. In October the same year, the couple had their first child, son Zohr. In September 2003, the couple had their second child, daughter Zoish. Smriti is also a stepmother to Shanelle who is Zubin Irani's daughter from his previous marriage with coordinator and former beauty contestant Mona Irani and now is a law student at Georgetown University in the United States. A freelance writer Ahmer Khan filed a complaint in April 2015 that Smriti Irani had filed an affidavit in April 2004 for the Lok Sabha elections, stating that she has completed her BA in 1996 from Delhi University (school of correspondence) but in another affidavit of April 16, 2014 filed by her for the Lok Sabha polls, it was said that she was a Bachelor of Commerce Part-I from the School of Open Learning, DU. The plea said that the facts and circumstances reveal commission of offences by Smriti under section 125A of the Representation of People Act, 1951. Section 125A of RPA deals with penalty for filing false affidavit and entails a jail term of up to six months or fine or both. The court had on 20 November 2016 allowed the complainant's plea seeking direction to the officials of EC and DU to bring the records of Ms Irani's qualifications after he said he was unable to place them before the court. During the hearings of the complaint the court was told by a poll panel official that the documents filed by Ms Irani regarding her educational qualification while filing nominations were not traceable. Also, in pursuance to the court's earlier direction, Delhi University had also submitted that the documents pertaining to Ms Irani's BA course in 1996, as purportedly mentioned by her in an affidavit filed during 2004 Lok Sabha elections, were yet to be found. On 6 Oct 2016 Patiala House Court on Thursday asked Election Commission to authenticate certificates of Union Minister Smriti Irani and later adjourned matter till 15 October. On 18 October 2016 a Delhi court said that Smriti Irani will not be summoned for the fake degree case because the petition filed against Irani questioning her college degrees was an attempt to harass her. The court said that the complainant may not have filed it if she was not a central minister. Metropolitan Magistrate Harvinder Singh said that original evidence had already been lost due to passage of years, secondary evidence wasn't enough for court. The Magistrate also said that the complainant made a "delay of 11 years" in filing the complaint against Irani. 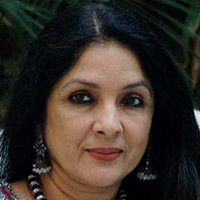 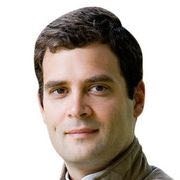 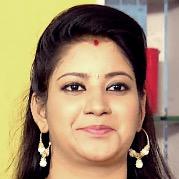 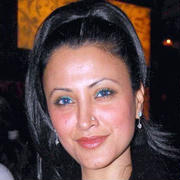 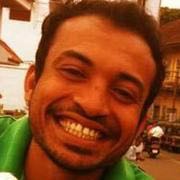