Slim Thug grew up in Houston's Northside neighborhood of Scenic Woods. At age 17, he performed freestyle raps at local high school parties. He began his rap career with Swishahouse in the late 1990s. After realizing how much money he could make distributing his own mixtapes, he parted ways with Swishahouse on good terms and formed his own independent label, Boss Hogg Outlawz. Thomas bought two record stores and worked in real estate.

Slim Thug's big debut album with Star Trak Entertainment & Interscope Records, Already Platinum, was released in July 2005 after many delays. It premiered on #2 on the Billboard 200 albums chart and sold 130,000 copies in its first week. Singles included "3 Kings" (featuring T.I. and Bun B), and "I Ain't Heard of That" (featuring Pharrell and Bun B). Slim Thug appeared on Still Tippin' with Mike Jones and Paul Wall, Beyoncé Knowles's #1 single "Check on It" and Gwen Stefani's "Luxurious". With the Boss Hogg Outlawz, Slim Thug released three albums, Boyz N Blue (2004), Serve & Collect (2007) and Back by Blockular Demand: Serve & Collect II (2008). He left Star Trak & Interscope Records in 2008.

Slim Thug's second solo album Boss of All Bosses was released in 2009. Although not as successful as his debut album, Boss of All Bosses debuted at #15 on the Billboard 200 with 32,000 copies sold in the first week released. It included the single "I Run".

On June 7, 2010, Vibe released controversial statements Slim Thug had made regarding treatment of black men by black and white women saying "it’s hard to find [a successful black man] so Black women have to bow down and let it be known that they gotta start working hard; they gotta start cooking and being down for they man more. ...White women treat they man like a king." The article elicited varied reactions from bloggers and online commentators. Cultural critic and Columbia University professor Marc Lamont Hill and singers Aubrey O'Day, D. Woods, and Talib Kweli have all responded publicly to his comments.

The contents of this page are sourced from Wikipedia article on 23 Jan 2020. The contents are available under the CC BY-SA 4.0 license.
View Slim Thug 's image gallery
Image Gallery 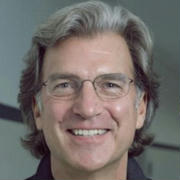