Sky Brown (Japanese: スカイ・ブラウン, born 12 July 2008) is an Anglo-Japanese skateboarder, who competes for Great Britain. She is the youngest professional skateboarder in the world, and has also won the American TV programme Dancing with the Stars: Juniors.

Sky Brown was born in Miyazaki, Japan. Her mother is Japanese, and her father is British. Her Japanese name is Sumikai.

Her father lived in the US, before moving to Japan. Brown lives in Miyazaki, but spends around half the year in the US. Her family are skateboarders, and her preschool had a skate park. She now has a skating ramp in her back garden, as there are no skate parks in her home area of Takanabe, Miyazaki. Aside from skateboarding, Brown is interested in surfing, and she gets up at 5 am most mornings to surf.

Brown does not have a skateboarding coach, instead she learns tricks from YouTube. She sometimes practices with Shaun White, who won Olympic snowboarding medals. Brown is sponsored by Nike, making her the youngest Nike sponsored athlete in the world. She has featured in a Nike campaign alongside Serena Williams and Simone Biles. She is also supported by Almost Skateboards and Skateistan. She has over 375,000 followers on Instagram and over 5 million views on YouTube. At the age of 10, Brown became a professional athlete, making her the youngest professional skateboarder in the world.

In 2016, at the age of 8, Brown took part in the Vans US Open, making her the youngest person ever to compete at the event. She fell off her skateboard in a heat. In 2017, she came second in the Asian Continental Finals, and she finished in the top 10 of the 2018 Vans Park Series. In 2018, she won the US TV show Dancing with the Stars: Juniors.

In February 2019, she won the Simple Session event in Tallinn, Estonia. In March 2019, Brown announced that she would be competing for Great Britain, having previously said that she would compete for Japan. Brown said that she favoured the "more relaxed approach" of the British Skateboarding Association. In 2019, Brown also came third at the World Skateboarding Championship, and became the first female to land a frontside 540 at the X Games. She finished fifth at the X Games skateboarding event. Brown came third at the 2020 Park World Skateboarding Championships in Brazil.

Brown is one of five Britons attempting to qualify for the skateboarding events at the 2020 Summer Olympics, the first time the sport will be included in the games. She was scheduled to compete in the 2020 Summer Olympics qualification event in May 2020. Due to her current world ranking, it was likely she would be awarded a place at the Games, as the top 12 ranked skateboarders will automatically qualify for the Olympics. If she had qualified, Brown would have been the youngest British Olympian ever, at the age of 12, beating Margery Hinton who was 13 years and 43 days when she competed in the 200 metre breaststroke event at the 1928 Summer Olympics. Brown would not have been the youngest competitor at the Games, as Syrian table tennis player Hend Zaza is younger than Brown.

On 28 May, while training in California, she suffered a horrific fall from a half-pipe ramp which left her with several skull fractures and a broken left wrist and hand. She was flown to hospital and was reported as being unresponsive on arrival. Her father said afterwards that she was "lucky to be alive", whilst Brown herself said it was her worst fall yet, but she remains determined to push boundaries and compete for gold at the Tokyo Olympics.

The contents of this page are sourced from Wikipedia article on 03 Jun 2020. The contents are available under the CC BY-SA 4.0 license.
View Sky Brown 's image gallery
Image Gallery 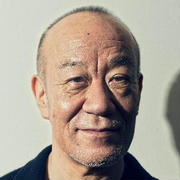 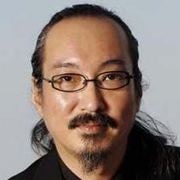 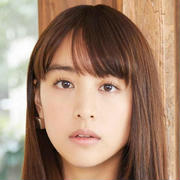