Sjaak Polak (born February 18, 1976 in The Hague) is a Dutch former footballer.

An outspoken wingback and freekick specialist, Polak previously played for Excelsior Rotterdam, FC Twente, and ADO Den Haag. In May 2008, Sparta announced that they would not extend his contract. He joined Twente in January 2001 and went on to pick up a winner's medal when Twente won the 2001 KNVB Cup after a penalty shoot-out (in which he scored).

After that, Sjaak had several trials, in Austria for example with Austria Vienna and with Swiss club St. Gallen, but without success. He ended up in Israel, where he is currently trialing with Maccabi Tel Aviv. Maccabi is interested in Polak's services because he is of Jewish descent (his grandfather, on his father's side is Jewish), and would not count as a foreigner for the club, thanks to the "Law of Return." Polak had trouble getting the necessary documentation proving his family's Jewish origins and when he was told that he would be asked to give up his Dutch citizenship, he decided to sign for BV Veendam back in his native the Netherlands. 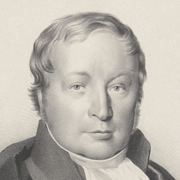