Sixtus I
The basics

The Holy See's Annuario Pontificio (2012) identifies him as a Roman who served from 117 or 119 to 126 or 128. According to the Liberian Catalogue of popes, he served the Church during the reign of Hadrian "from the consulate of Niger and Apronianus until that of Verus III and Ambibulus", that is, from 117 to 126. Eusebius states in his Chronicon that Sixtus I was pope from 114 to 124, while his Historia Ecclesiastica, using a different catalogue of popes, claims his rule from 114 to 128. All authorities agree that he reigned about ten years.

Sixtus I instituted several Catholic liturgical and administrative traditions. Like most of his predecessors, Sixtus I was believed to have been buried near Peter's grave on Vatican Hill, although there are differing traditions concerning where his body lies today. In Alife, there is a Romanesque crypt, which houses the relics of Pope Sixtus I, brought there by Rainulf III.

He was a Roman by birth, and his father's name was Pastor. According to the Liber Pontificalis (ed. Duchesne, I.128), he passed the following three ordinances:

Alban Butler (Lives of the Saints, 6 April) states that Clement X gave some of his relics to Cardinal de Retz, who placed them in the Abbey of St. Michael in Lorraine. The Xystus who is commemorated in the Catholic Canon of the Mass is Xystus II, not Xystus I.

The oldest documents use the spelling Xystus (from the Greek word for "polished") in reference to the first three popes of that name. Pope Sixtus I was also the sixth Pope after Peter, leading to questions as to whether the name "Sixtus" (meaning "sixth") might be fictitious.

The contents of this page are sourced from Wikipedia article on 09 Mar 2020. The contents are available under the CC BY-SA 4.0 license.
View Sixtus I 's image gallery
Image Gallery 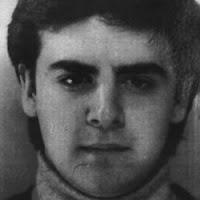