Siru Airistola (born 24 September 1987), known professionally as Siru is a Finnish singer who won the third edition of The Voice of Finland in 2014. She competed in Uuden Musiikin Kilpailu 2015 with the song "Mustelmat" in an attempt to represent Finland in the Eurovision Song Contest 2015, but was eliminated in the second heat. 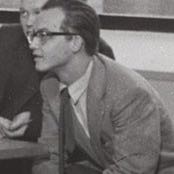