He was born in St Albans, the son of Charles Domville of London and was a descendant of William Domville, elder brother of Gilbert Domvile, ancestor of the Domvile baronets of Templeogue. He set up in business as a bookseller in London before returning to live in St Albans.

He was Master of the Worshipful Company of Stationers and Newspaper Makers, a Sheriff of London for 1804–05 and Lord Mayor of London for 1813–14. In 1805 he was elected an Alderman of Queenhithe Ward and made a baronet in 1814.

He died 8 February 1833 and was buried in St Albans Abbey. He had married Sally, the daughter of Archibald Finney and had two sons and five daughters.

The contents of this page are sourced from Wikipedia article on 05 Nov 2021. The contents are available under the CC BY-SA 4.0 license.
View Sir William Domville, 1st Baronet 's image gallery
Image Gallery 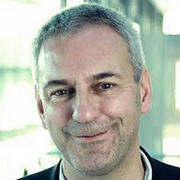