Sir Richard Wallace, 1st Baronet (21 June 1818 – 20 July 1890) was an English art collector.
He was the illegitimate son of Richard Seymour-Conway, 4th Marquess of Hertford, for whom he worked as secretary, and inherited his father's unentailed estates, and extensive collection of European art in 1871. Wallace expanded the collection himself, and in 1897, after his death, the collection was donated to the nation by Wallace's widow. It is now located in what was his London home, Hertford House, Manchester Square, London - which houses the Wallace Collection. His bequests to the people of Lisburn in Northern Ireland include the Wallace Park and The Wallace High School. His town house on Lisburn's Castle Street is now used as offices by the South Eastern Regional College. His country house at Sudbourne Hall, near Orford, Suffolk, was demolished during the 20th century.
Despite his father's penurious reputation, Wallace achieved fame during the Siege of Paris for notable acts of charity.

At his own expense, Wallace organized two full scale ambulances to operate during the siege; one to serve French wounded, and the second for the benefit of sick and destitute Britons."

By the end of the siege, Wallace is estimated to have privately contributed as much as 2.5 million (1870) francs to the needy of Paris. This is perhaps equivalent to $6.5 million in 2010 money. As a result, Wallace was thought to be the most popular British citizen inhabiting Paris during the siege. The last balloon to leave Paris before its capitulation was named for him as was a Paris boulevard. He received a Legion d'Honneur for his efforts.
Wallace was created baronet in 1871 and was a Conservative and Unionist Member of Parliament for Lisburn from 1873 to 1885. He was Honorary President of Ipswich Museum from 1874 until his death.
In 1872 he donated 50 drinking fountains, known as Wallace fountains, to the City of Paris and to Lisburn. Some can still be seen today. Upon his death in 1890, he was interred in Le Père Lachaise Cemetery in Paris.
In 1883 he won a Silver medal at the Smithfield Show as breeder of the best "Single Pig" in class LXXXVI; he lived at Wickham Market in Suffolk at the time. 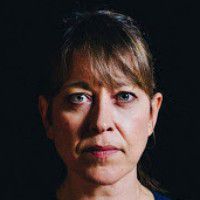