Sindika Dokolo (16 March 1972 – October 29, 2020) was a Congolese art collector and businessman. He owned one of the most important contemporary African art collections, which includes more than 3,000 pieces.

Born in Kinshasa in 1972, he was brought up in Belgium and France by his parents: Augustin Dokolo, a bank owner, millionaire, and collector of African arts, and his Danish wife Hanne Kruse. He attended the Lycée Saint-Louis-de-Gonzague in Paris from which he graduated; later he studied economics, commerce, and foreign languages at the Pierre and Marie Curie University in Paris.

Through his father's initiative, he started an art collection at the age of 15. During an interview with Angolan TV network TPA, Sindika Dokolo said his parents already very much liked art: his mother took him to visit all the museums in Europe and his father was a great collector of classical African art. In 1995, he decided to return to Zaire to join the large family business – in total 17 companies (banking, breeding, fishing, coffee exportation, real estate, consumer goods distributor, merchandise conveyance, printing, insurance, mining, and car selling). The country collapsed and their activity couldn't survive. Later, these family businesses were nationalized by the Government of Zaire in 1986 under President Mobutu Sese Seko.

Later he started the Sindika Dokolo Foundation in order to promote numerous arts and culture festivals at home and abroad. Its mission is to create a center for contemporary art in Luanda, in the display, and not only pieces of contemporary African art, but also to create the conditions and activities which are necessary to integrate African artists in the international circles of the art world. Dokolo states that his connection to the arts is not intended to be recognized as a great collector, but rather "to present African artists to the world". The Foundation follows the principle of borrowing freely its pieces to any international museum as long as that museum presents the same exhibit in an African country.

Sindika Dokolo started expositions like the SD Observatorio (July 2006 – August 2006) at the Valencia Institute of Modern Art, the Trienal de Luanda (December 2006 – March 2007), or the Check List Luanda Pop (June 2007 – November 2007) at the 52nd Venice Biennale. When the German collector Hans Bogatzke died, the curator Fernando Alvim suggested to Sindika Dokolo that he buy the 500 piece collection. The collection was secured for a low price because Hans Bogatzke's widow, despite loving her husband, didn't want the responsibility and was pleased knowing it would be shown in Africa. On 25 January 2010, he organized a huge exposition for Luanda's 434th anniversary called Luanda Suave e Frenética, with many artists reflecting in various ways about a "vibrant and smooth" city.

In December 2013, Dokolo attended the opening of the VII Biennial of São Tomé and Príncipe, an international art exhibition in the country, where the artworks of Sindika Dokolo Foundation are exposed. In an interview with Portuguese newspaper Jornal de Negócios, the art collector talked about his collection, arguing that "the added value of contemporary African art scene is to give a sensible and intelligent perspective of a continent that is constantly on the move," aspects that will, in his opinion, project the African continent in the future.

In March 2015, Sindika Dokolo was awarded the Medal of Merit by the city of Oporto, with regard to the contemporary art exhibition You Love Me, You Love Me Not. This honor is the city recognition of the contribution of Sindika Dokolo, which allowed the city of Oporto to develop one of the most relevant projects within the contemporary art of today, helping to establish a "natural bridge" between the city and the world. The exhibition features works from the art collector's collection and brings together fifty artists (not all Africans). This is the most important exhibition of the collection of Sindika Dokolo Foundation ever achieved and it is considered the largest existing African art collection.

In January 2016, the Sindika Dokolo Foundation strengthened its ties with Portugal by choosing Oporto to house its European headquarters. Located on Casa Manoel de Oliveirabuilding, the new headquarters will become a place to "promote artistic thinking networks and strengthen ties between Portugal and Angola, as well as Europe and Africa, celebrating art as an unifying element for people and nations," said Dokolo.

Sindika Dokolo has launched a worldwide campaign to force Western museums, art dealers, and auction houses to return Africa's art. "Works that used to be clearly in African museums must absolutely return to Africa," said Dokolo. In addition to collecting works of art, the collector is dedicated to "recovering the stolen pieces during the colonial era", a mission accomplished with the help of an international team.

In an interview with Jeune Afrique magazine, Dokolo revealed that he has the ambition to "build the most beautiful collection of classical art in the world". The art collector also believes that "the great challenge of contemporary African art is to be able to establish the connection and assume the role of depositary of this exceptional phenomenon that was classic [African] art. Not only for what was produced, but also for the place of art in society, and that is how we define artists and works, how we live art."

Living in Luanda since 1999, Dokolo is a businessman and the president of Sindika Dokolo Foundation.

The art collector has also invested in various sectors, including diamonds, oil, real estate, and telecommunications, in Angola, Portugal, Switzerland, the United Kingdom, and Mozambique. In an interview with Jeune Afrique, he also stated that his aim is not "to build a large integrated group", but rather to have the opportunity to see "Angola and the Democratic Republic of Congo as a complementary complement" - "a Luanda-Kinshasa axis that could create a counterweight to South African supremacy".

In 2020, leaked documents indicated that Dokolo had made millions from a suspiciously one-sided partnership with the Angolan state diamond company, Sodiam, to buy a stake in Swiss luxury jeweler De Grisogono.

On the 29th of October, Dokolo was reported as dead by multiple news sources. The death occurred in a sea accident, in the city of Dubai. He died at the age of 48. 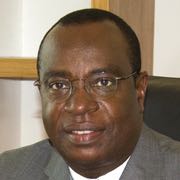 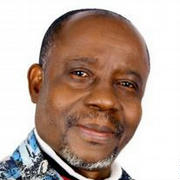