After finishing school at the age of 17, she moved to Buenos Aires and worked as a secretary and a model. She later lived in Miami for a year, before returning to Argentina, where she appeared as a participant on Big Brother 2.

She currently works with the modeling agency of Ricardo Piñeiro.

She has taken theatre classes with Julio Chavez, and has guest-starred in some TV shows.

She is currently participating in the reality diving competition, Celebrity Splash!.

In July 2014 she was hospitalized with kidney stones. She blamed her cosmetic surgeon for the problem because of the use of methacrylate on her buttocks. 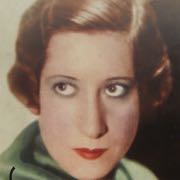