Silvana Tirinzoni (born 25 June 1979 in Dielsdorf) is a Swiss curler from Zurich. She is currently the reigning women's world champion skip, having won the 2019 World Women's Curling Championship. Tirinzoni also represented Switzerland at the 2018 Winter Olympics, after winning the 2017 Swiss Olympic Curling Trials.

In 1997, Tirinzoni was the Swiss alternate for Bianca Röthlisberger at the World Junior Curling Championships. The team finished seventh. The following year, Tirinzoni was the Swiss skip, at the World Juniors, and she and her team of Michèle Knobel, Brigitte Schori and Martina von Arx finished sixth. In 1999, the same team returned to the Juniors, and won the whole tournament for Switzerland. After finishing the round robin in 2nd place with a 7-2 record, Tirinzoni led Switzerland to a semi-final win over Sweden's Matilda Mattsson and a final win against Japan (skipped by Akiko Katoh) to win the gold medal.

In 2005 Tirinzoni finished fourth at the Swiss Olympic trials. The following year she qualified for the 2006 Ford World Women's Curling Championship—her first. Her Swiss team finished in 10th place with a 3-8 record.

Tirinzoni returned to the 2007 World Women's Curling Championship with nearly the same team as in 2006, adding veteran Mirjam Ott to the lineup. Ott moved into the third position when the team began with three losses, and they nearly came back to qualify for the playoff round. Switzerland fell just short, finishing fifth with a 6-5 record. Later that year Ott returned the favour by making Tirinzoni her alternate at the 2007 European Curling Championships. Tirinzoni would not see any action however, and the team finished fourth.

In 2011, Tirinzoni won her first World Curling Tour event, the Red Deer Curling Classic. She would not play in an international championship until 2013, when she skipped Switzerland at the 2013 World Women's Curling Championship. After finishing the round robin with a 6-5 record, she found herself in a 3-way tie for fourth. After beating Russia's Anna Sidorova in the first tie breaker, she lost to the United States' Erika Brown in the second, settling for 5th place. Since then, Tirinzoni has won several World Curling Tour events, including the 2013 International Bernese Ladies Cup, the 2013 Stockholm Ladies Cup, the 2013 Women's Masters Basel and the 2014 Pomeroy Inn & Suites Prairie Showdown.

Tirinzoni and her rink began the 2014-15 season by winning their first World Curling Tour event, the 2014 Stu Sells Oakville Tankard. She then went off to skip the Swiss team (throwing third rocks) at the 2014 European Mixed Curling Championship. She would lead her rink of Martin Rios, Romano Meier and Jenny Perret to a bronze medal.

While Tirinzoni has not returned to an International Championship since 2014 (due to strong competition in her home country from teams like Alina Pätz and Binia Feltscher), she and her rink have been strong on the World Curling Tour since then. The 2015-16 season included three tournament wins, including the first slam of the year, the 2015 GSOC Tour Challenge, where she beat the World #1 Rachel Homan rink in the final. The team would also win the International Bernese Ladies Cup and the Glynhill Ladies International later that year, while she led her team to four other tournament finals.

Tirinzoni continued her WCT success the following season, winning their first event, the 2016 Stu Sells Oakville Tankard, but did not win any further tournaments. She began the 2017-18 season by defending her Oakville Tankard title, which would be the third time she would win that tournament.

In one of the strongest countries, with 3 different World Champions including a 2 time World Champion and 2 time Olympic silver medalist, Tirinzoni won the right to be the Switzerland representative at the 2018 Winter Olympics, where she finished in seventh position.

Heading into the 2018-19 curling season, Tirinzoni joined forces with Alina Pätz, who threw fourth rocks with Tirinzoni skipping at the third position, with Esther Neuenschwander at second and Melanie Barbezat throwing lead rocks. The team reached the final in the first Grand Slam of the season, the Elite 10. They represented Switzerland at the 2018 European Curling Championships claiming the silver medal, going on an unbeaten 9–0 run to finish top of the Round Robin, before defeating Germany 6–4 in the semi-final, and falling 5–4 to Sweden's Anna Hasselborg in the final. Having won the 2019 Swiss National Championships, the team represented Switzerland at the 2019 World Women's Curling Championship in Silkeborg, Denmark. The team got off to a shaky start posting a 2–3 record in their first 5 games before winning 6 in a row to secure their playoff spot, and, after a final round dead rubber loss, a round robin record of 8–4 and 4th place in the standings. Tight victories over China in the qualification game, and South Korea in the semi-final set up a repeat of the European Championship final against Hasselborg and Sweden. They were able to turn the tables on Sweden, with Pätz making a draw to the four-foot in the extra end for an 8–7 win which meant they were crowned the 2019 world champions. The team capped off their year with their first Grand Slam title together at the Champions Cup, and reaching the final of the inaugural Curling World Cup.

In their first event of the 2019–20 season, Team Tirinzoni finished runner-up at the 2019 Cameron's Brewing Oakville Fall Classic. They also qualified for the playoffs at their next three events, the 2019 Stu Sells Oakville Tankard, the 2019 AMJ Campbell Shorty Jenkins Classic and the 2019 WCT Uiseong International Curling Cup. The next week, they won the Women's Masters Basel.

Tirinzoni used to work as a project management officer for Migros Bank.

*Siegrist and Neuenschwander switched positions partway through the season.

The contents of this page are sourced from Wikipedia article on 03 Mar 2020. The contents are available under the CC BY-SA 4.0 license.
comments so far.
Comments
Reference sources
References
https://www.usatoday.com/sports/olympics/winter/2007-03-20-women-curling-worlds_N.htm
https://www.worldcurl.com/events.php?view=Main&eventid=5846
http://www.news.ch/Final+um+Olympia+Platz/205456/detail.htm
http://www.teamtirinzoni.ch/
http://results.worldcurling.org/Person/Details/2966
https://www.worldcurl.com/player.php?playerid=13768
https://www.curlingzone.com/player.php?playerid=13768
Trending today in 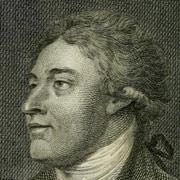 Genevan and English political theorist and writer on constitutional matters